If you love data then you’re living in the right time. Data is everywhere, it’s constantly being collected when we shop, drive or even socialise.

Of course though, data and stats are only good if they can be analysed and that is what 38-year-old Hipatia Preis lives for.

“To be completely frank, I had felt positive until then. I knew I was in a critical condition and as a person who loves stats I knew the stats weren’t great," recalls Hipatia.

She was crunching the numbers while she was being prepared for surgery to treat her aneurysm.

The day it burst she was preparing for an interview with a company she’d always admired and really wanted to work for.

“I reached for a pen and I felt like I'd been hit with a bat in the back of my head, my legs cramped and I couldn't move,”

I somehow made it to the bathroom where I was sick. My head hurt horribly but I thought it was just a migraine or heatstroke. I took some ibuprofen, closed the curtains and tried to sleep it off.

“When my husband came home, he suggested we should go to the hospital, but I was adamant that I was fine. I thought it was just a bad headache and I just needed to nap.

“I woke up in the early hours the next day and when I went to take a shower the headache was still intense.”

Hipatia, who lives in London, had recently come back from South America so suspected she might have malaria and called for an ambulance.

Following tests in hospital the real cause of her pain was confirmed.

She said: “After a few tests, my husband Adam came back into the room followed by a doctor. I knew something was very wrong - Adam looked like a shell of a man.

“The doctor said I had an aneurysm and it had burst. I think the doctor could see the confusion on my face. I wasn’t sure what one was. So he explained that I had a brain bleed - a Subarachnoid Haemorrhage. I remember letting out a huge sob, no tears just a sob, it was as if I had plunged into icy cold water and the only thing I could feel was my aching head.”

Hipatia was transferred to another hospital, placed in intensive care, and was prepared for a coiling procedure.
Unfortunately, more tests revealed that instead of just one aneurysm she had in fact got three and after she had an angiogram even more bad news arrived.

She said “The angiogram revealed the third aneurysm was in a place it couldn't be coiled and I needed open brain surgery. 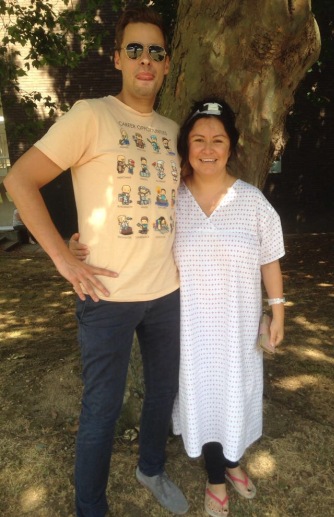 “I no longer felt positive or strong, I felt broken, the first thing which came to my head was not surviving the operation and causing my family a horrible hurt.

“I knew that even if I survived the operation there were very high risks of being in a vegetative state or losing some of my functions.”

When the day of the surgery came, fearing she might not make it, Hipatia took the step to tell her family how much she loved them and how thankful she was for the life they had given her.

It was as this moment that again data and stats became part of how she put things in perspective.

She said: “My husband came with me to the operating floor and reminded me about a Superbowl game between Patriots and the Falcons – we are both big fans of American football.

“I love the game because of the stats and the live readjustment to the stats. My husband reminded me of that game and how the odds and stats were against the Patriots, yet they readjusted and came back champions. He told me, this was my Superbowl!

“I was losing and needed to use my stats all my strength and win, I felt ready and thought I've come this far, time to trust, be calm and fight.”

The operation, which was meant to take 2-3 hours, actually lasted eight, but thankfully was successful.

The surgery had left her with a scar that went from ear to ear and a skull made up of a big piece of titanium, but she was alive and eventually weeks later she was able to return home.

She said: “Walking through the door felt amazing but the first night was not great.

“I couldn’t sleep, felt trapped and thought I was missing something. At this point I felt angry, irrationally upset, for some reason it was the first day that I started asking questions as to why this had happened.”

She said: “I thought coming home would mean everything’s back to “normal” but that's not how brain injuries work.

“Everyday things like going to the toilet, now required a two hour nap to regain some strength. I started colouring books but holding a pencil seemed a bit alien and colouring was mentally exhausting. I would need a four hour nap after colouring just half a page.

“Before my injury I loved cooking too, as you could get lost in the process and experiment with flours and dishes.

“But after my surgery I couldn’t taste for a while and chopping an onion was so tiring that I would just go to bed and wake up the next day.”

It wasn’t until Hipatia listened to her body that things started to improve.

She said “I realised that the reason why I was getting stronger each day was because I was listening to my body for a change.

"Like Forest Gump would say, ‘when I felt tired I slept, when I felt hungry I ate’. I wasn’t rushing. I was at peace with myself and life again.”

Six months after surgery, she managed to return to full-time work, albeit with some adjustments which helped her cope with the effects of her brain injury.

She said: “After some dead ends, I finally landed a great job where I can use stats to drive change.

"I still have some big challenges though, such as managing my fatigue, keeping my focus and not getting overwhelmed by people.

“I ‘am very lucky that I work from home in a quiet environment and don’t have to commute. My boss is very supportive too and gives me the time and space I need to flourish each day in what I do. 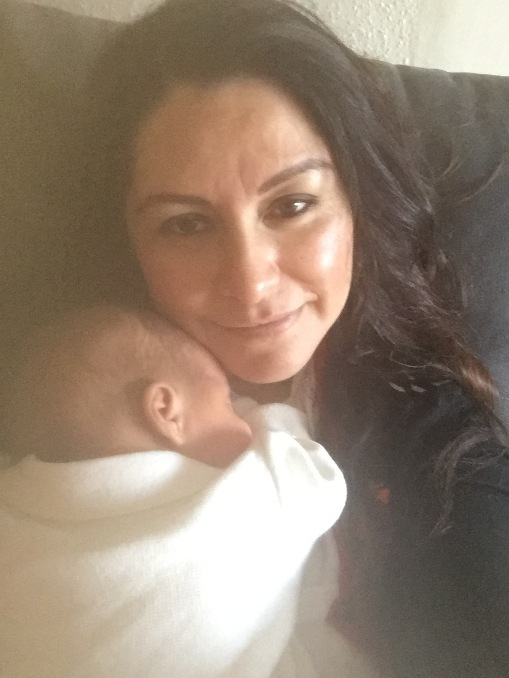 “Now I look forward to spending time with my 7 month old daughter, she’s amazing and I am so lucky to see her grow each day in to a beautiful human.

“It been a long journey to get here and it’s not over yet.”