John and Jill met when they were both in the Royal Air Force, and, between them, they served for over 36 years. They were stationed at many locations across the UK, and, overseas they had tours of duty in West Germany, Cyprus, Belgium, Hong Kong, and The Falkland Islands.

Although now both retired, they are voluntary teaching assistants, at their granddaughters school. They are also volunteers for three charities including Headway.

They have been married for over 40 years, and have one daughter, Amy. John and Jill now live in South Yorkshire.

Can you tell us how you sustained your brain injury?

Summer 2001, was hectic. My wife Jill and I moved from one end of the country to the other, we started new jobs, and, our daughter Amy, started University. So when I experienced severe head pain, I put it down to all that had happened over the previous few months.

However, the pain worsened and it was constant, so I visited my new GP. He dismissed it as a 'focal-migraine', and prescribed painkillers. Additionally, he also cleared me to go on holiday, the next day.

24-hours after his diagnosis, I was in a Greek hospital, having had a seizure. I was in a bad way, and, Jill decided to get me back to the UK quickly.

I was immediately admitted to the Royal Hallamshire Hospital in Sheffield, and, a scan revealed a lump on my brain, the size of a kiwi fruit. The surgeon described it as 'nasty'. He told Jill and Amy that, without surgery I would be dead within 24 hours. But, he added that the surgery was very tricky, and, it also might result in my death. He asked Jill for a decision; she told him to go ahead. The surgery revealed an acquired brain injury (a brain abscess).

I vaguely remember flying to Zante, then, the next I recall was talking to a nurse on ICU, in The Hallamshire Hospital; that was six weeks later. During that time, I'd had four brain operations.

I spent a total of seven weeks in hospital, none of which I can remember. It took me a year to recover. I had further surgery to repair the hole in my skull - I was extremely lucky. 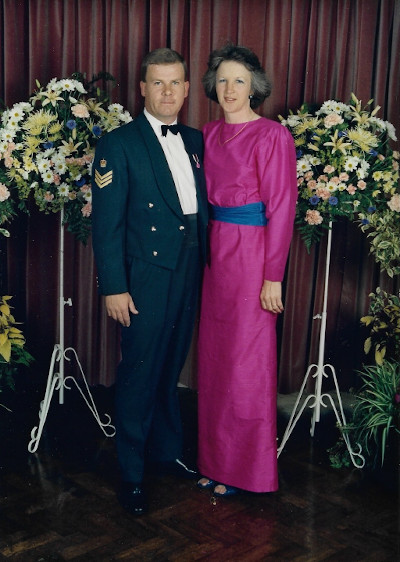 What is the biggest challenge you’ve faced after brain injury?

Throughout my military career, I was extremely strong and fit physically, mentally and emotionally. I played all sports, especially rugby. In my second career, teaching, I taught Physical Education and Outdoor Activities; I am also a trained Mountain Leader.

So after my long recovery, I was able to repair myself physically. However, what I was not prepared for, was the emotional challenges. It was difficult, distressing, and frightening, both for me and my family.

Emotionally and spiritually, I was a changed man; it was very difficult to come to terms with. A brain injury is 'a bungee-jump' into a very unpleasant place.

It was some sixteen years after my brain injury, that I was diagnosed with PTSD; it was too late. Fortunately, in 2005, I had started attending meditation classes and retreats, which was in essence, a form of Cognitive Behaviour Therapy. I then started leading groups in meditation and mindfulness, in 2010.

Meditation helped me immensely to deal with the 'fall-out', from a brain injury, and, it continues to help me still. 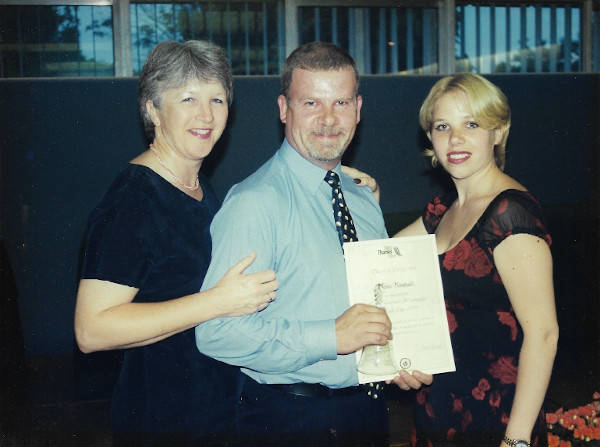 What inspired you to take up writing?

The written word is powerful, especially in autobiographical form; I think we all have a story to tell. That said, writing, is not one dimensional. I began writing non-fiction in 1993, whilst at University studying for my Cert Ed.

During my second career, teaching, I have written a good deal of educational material. In 2009, I also wrote an exercise and diet book for the elderly. Since then, I have written three Physical Exercise Manuals.

But in 2017/18, I was inspired to write my first fiction, a children's story called - 'Buddy's Adventure'. Then, in 2019, I began writing my second book, 'Mind over Matter'. It is non-fiction, in two parts. Part one is my life before, during, and, after a brain injury. Part two, is a handbook, and a guide to meditation practice. Hopefully, it will be published early 2021!

I also give many talks and presentations now, and with that, is the necessity for research and writing. 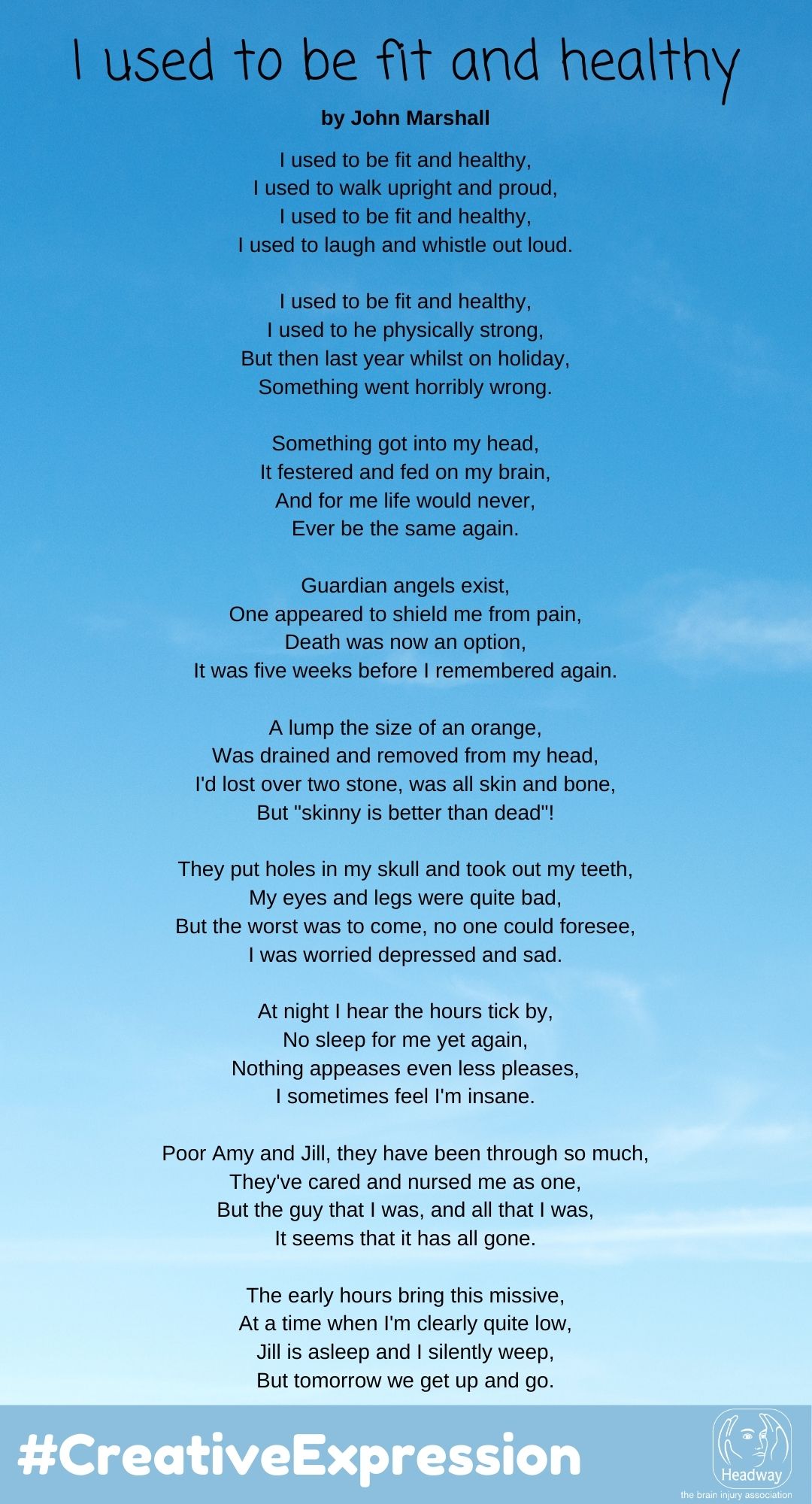 If you could give one bit of advice to other people with brain injury, what would it be?

It would be difficult to give just one piece of advice. Therefore, I would prefer to offer some reflection.

Your happiness comes from within, so, don't be patronised, if someone says, 'I know what you are going through' or 'I know how you feel', they don't! Only you know that. Move on, take a leap of faith, and, find pleasure in what you can do, not pain in what you cannot do. I spend hours with my 11 year old granddaughter; if you can, spend time with children, they are fun, honest, a great help, wonderful company, and, they do not judge!

Enjoy the simple things, a beautiful sunset, a hot cup of tea and a 'Kit-Kat'! Finally, remember this, whether you are an optmist or a pessimist, the optimist has a better time in life!

We ask Joseph some questions about how his injury affects him, and what led him to take up poetry.

The story of living with brain injury and hidden disability as told by a 26 year veteran of a severe brain injury.