Nurse Shona Green was told if her brain aneurysm had not been spotted when it was, she would have been dead within 24 hours.

During October, 2015, Shona Green, began feeling a throbbing in the back of her head and started suffering from bad headaches.

“I went to my GP every week and complained that the situation felt like it was getting worse. But each time I was told it was most likely a muscular problem and was prescribed ibuprofen and muscle gels,” recalls Shona.

“The situation came to a head six weeks later while I was at work at Victoria Hospital in Fife.

“I was on the ward so was able to check my blood pressure. It was really high and my headache so painful. It felt like my head was crushing but at the same time like it was going to explode.”

Her husband Kevin took her home and she was given an emergency GP appointment and then referred to Western General Hospital for a CT scan.

Shona said: “I knew something was wrong when the girl who did the scan, who I knew, rubbed my hand and said to take care.”

The CT scan revealed a bulging aneurysm and Shona was prepared to undergo emergency surgery.

She said: “It was the most terrifying moment of my life. The surgeon later told my husband if I had not been operated on then I would have been dead within 24 hours.

“The delicate surgery involved inserting a coil to seal the aneurysm. 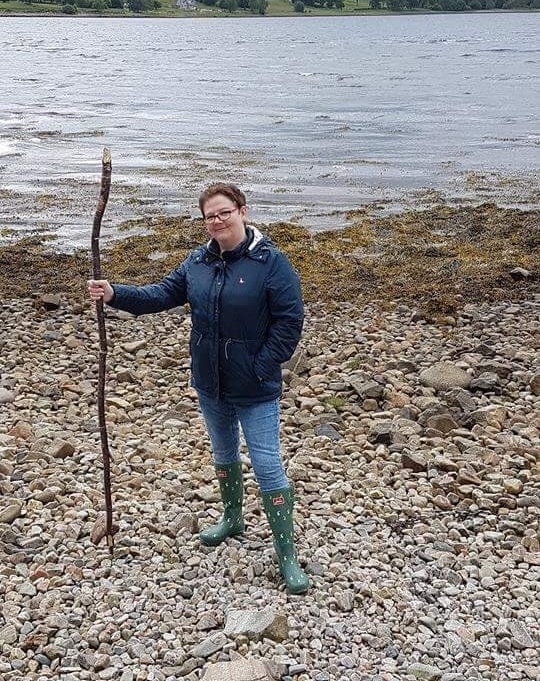 “Before I went under the knife, I was advised that I should make the time to say what could have been a final goodbye to my three children, grandchildren and husband.”

Thankfully, the surgery went well but she was left with numerous problems including cognitive issues, fatigue and emotional problems. She also lost some of her long-term memory, including memories of her children growing up.

She was also, understandably, very angry with her GP and had to work through the resentment she had.

She said: “It has taken a while to come to terms with all the changes and the anger I felt.

“My personality has changed massively. I used to be an outgoing party lover who loved to go out. But now I don’t like crowds at all and I often feel withdrawn or anxious.”

Initially Shona and Kevin struggled to come to terms with the impact of the brain injury and the way it altered their relationship.

But this changed when they began attending Headway Fife.

Shona said: “Kevin felt at a loss of what to do and I was struggling to understand how to support me.

“Someone told him about Headway Fife and persuaded me to attend. Initially I was a bit sceptical and felt that it would leave me feeling stigmatised.

“But it was the total opposite, it changed my life. Being around people who understood my problems was a weight off my shoulders.

“Kevin said he knew going to Headway was the right decision within 5 minutes of being there. Apparently he saw a happy expression on my face he hadn’t seen for months.”

Shona, with the help of Headway and her employers, has recovered to a level that has enabled her to return to work part-time.

She said: “I wanted to prove to myself that I could still do my job. My passion is caring for others and I was determined to get back to it. It’s a big part of who I ‘am.

“I know I’m very lucky to be here and I’m really trying to treasure everyday and enjoy what I have.”

This section provides information to assist GPs with diagnosing, managing and appropriately signposting patients and carers affected by the often hidden aspects of brain injury.