Remarkably, this is something brain injury survivor Mark Kennedy has achieved – the equivalent of running from his hometown of Northampton, England to Milan, Italy… and back… with an extra few kilometres thrown in for good measure!

45-year-old Mark had always been a keen runner and completed his first half marathon – The Great North Run – in 2007. However, five years later his passion for running was put to the test when he sustained a severe traumatic brain injury in a freak accident.

“It was 11th August 2012. My Dad's birthday and the same day Mo Farah won the 5K gold in the Olympics,” recalled Mark.

Mark was on holiday in Fuerteventura with his wife of 16 years, Jules. The pair were enjoying a meal at a Spanish tapas bar when Mark got up to go to the bathroom.

“I have no memory of getting up,” said Mark. “Apparently, I’d blacked out in the toilet cubicle and fell, hitting my head.

“Jules knocked on the door after realising I’d been gone for a while and I opened the door saying I didn’t feel right… minutes later blood was pouring from my nose and I was violently sick.”

Mark was taken to hospital but later discharged back to his hotel with a diagnosis of an ear infection.

However, upon his return to England six days later, Mark still didn’t feel right and presented himself to Northampton General Hospital. Concern was immediately raised, and he was rushed by ambulance to a hospital in Oxford.

It became apparent that hitting his head had caused a fractured skull and triggered two brain bleeds.

I was told that people don't normally survive this, never mind are able to sit and have a conversation afterwards.

Fortunately, Mark made a good recovery. However, he has been left with some lasting effects of the injury, including anxiety, depression, fatigue and memory loss.

Speaking about his effects, Mark said: “Some days I will have to sleep for an hour or so in the afternoon and I can really lack energy at times.

“Memory wise, I can hear some information and immediately forget it. I call it brain fog and now tell people that I'm buffering. My brain will sometimes just shut off completely making it difficult to communicate. 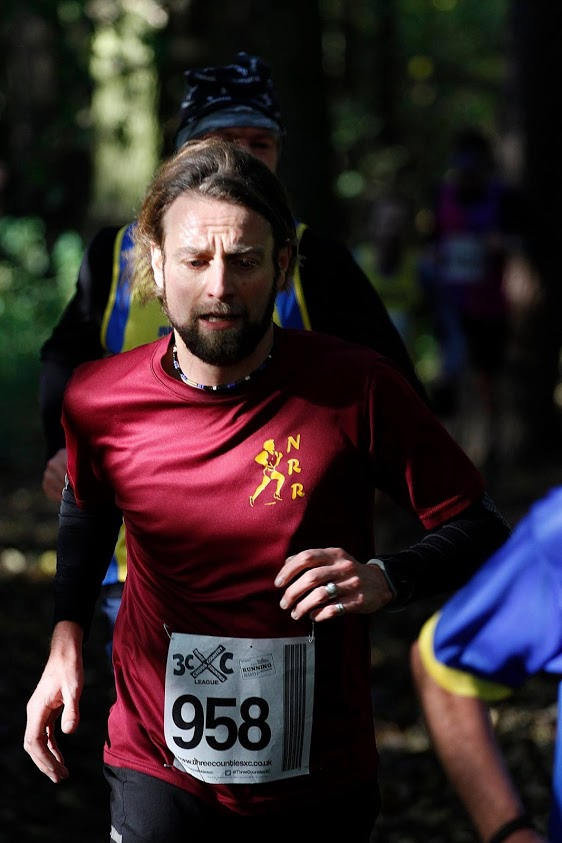 “This also hugely effected my mental health and led to a dip in my confidence and caused high anxiety and depression.”

Returning to running was a pivotal milestone in Mark’s recovery.

“I didn't know what to expect when I first saw my brain scan but was delighted a few weeks later to be told I could go out for a light jog,” he said.

“Physically I'm absolutely fine, but fatigue can be an issue during a run, sometimes stopping me in my tracks.

“The feeling of running strong is a great boost and, no matter what your ability, people will always respect each other's goals and achievements.

“I've been in tears (of joy) at many finish lines of events. Even sometimes after a 5K parkrun. The elation of running strongly makes you feel as if you can achieve anything.

“I've enrolled in the 100 Half Marathon Club and am well on my way to that!”

Mark also credits Headway with helping him during his recovery, saying: “Headway were fantastic! For a year I attended a drop-in clinic at Headway Northampton and found a source of support in the chat forum HealthUnlocked.

“I am now an avid fan and follower of Headway's Facebook group and read the factsheets and stories. It's sad to hear about people's struggles with brain injury but, at the same time, inspirational to hear how other people cope.”

Mark and Jules now use their own experiences to inspire and empower young people via their motivational speaking company, Future Toolbox.

The couple have also just written and published their third book together – What The Hell Just Happened?

Talking about the book, Mark said: “It's the story of our journey battling the after-effects of brain injury. It was Jules’ idea and the goal is to impact other people's lives who have met adversity full on.

Every day I suffer from the after-effects of brain injury but I intend to stay positive, fit and active, and enjoy life to the max!

If you would like to find out more about Mark and Jules and/or purchase any of their books visit http://www.kennedyauthors.co.uk/home 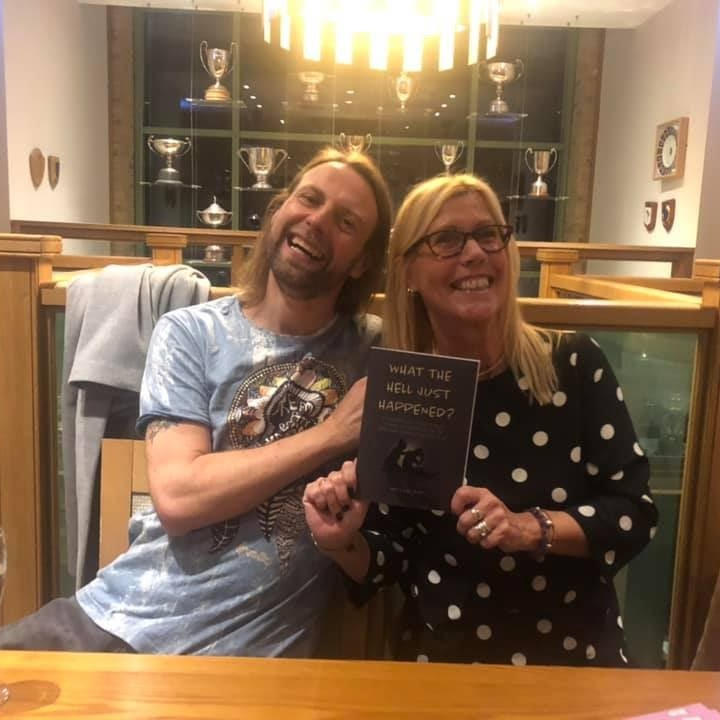 Mark and Jules at the launch of 'What The Hell Just Happened?'