Donna Siggers, 47, from Southminster, was brutally assaulted at work in an incident that left her unable to remember the names for simple everyday items, such as a pen or a knife and fork.

Heartbreakingly, Donna found herself unable to recognise people she had been friends with for years and had lost precious memories of her children growing up.

Before the attack Donna, who is a single mother of four, had just undertaken degree study in the area of Criminology and Psychology and decided to work within mental health.

“This was a role I found hugely rewarding and one that slotted nicely into both subject areas of my studies. I was also a qualified therapist,” said Donna.

However, whilst at work in 2014 she was assaulted.

Recalling the attack, Donna said: “I sustained six punches to the front of my head and the back of it was slammed against a wall before I managed to restrain the person.

It was a brutal attack, I thought I was going to die.

Despite the vicious nature of the assault, Donna did not go to hospital immediately.

She said: “Concussion and shock sent me into denial and I tried to continue with life as if nothing had happened – I even returned to work a few days later.”

However, as time went on it became clear to Donna that she was experiencing some worrying side-effects of the assault.

“My identity was vanishing and I was existing in a fog of confusion and frustration,” said Donna.

“My eyesight had failed and the world around me was a kaleidoscope of moving particles or one of complete whiteness – I’d crash landed and this was when I ended up in hospital.” 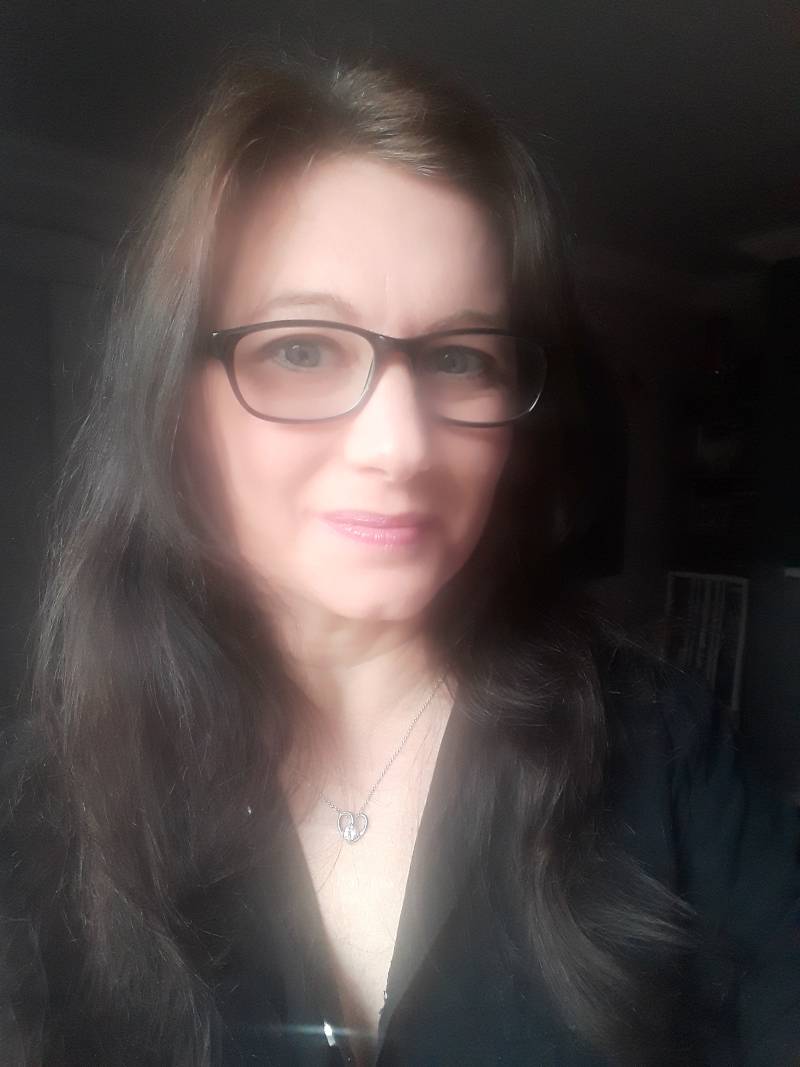 To this day, her memory loss remains a problem.

Donna said: “Everything I’d learnt over my lifetime had simply vanished. I no longer recognised people who should have been familiar and I couldn’t even name simple everyday items.

“If I see someone who I haven’t seen since before the assault I won’t recognise them or know their name."

I knew to eat with a knife and fork but couldn’t tell you what they were called.

“If I made a cup of tea I might have remembered to pour it in a mug but I might have poured it on the worktop. If you took sugar you may have received two tablespoons because I didn’t know that size mattered.”

She said: “My memory cannot retain numbers unless there’s a pattern. For example, my mobile phone provider gave me a new phone number that I can recall through muscle memory on a keyboard rather than actually remembering.”

Donna is thankful for the support of her family and friends.

She said: “My daughter won a Jack Petchey Achievement Award - which recognises outstanding young people aged 11-25 across London and Essex – for the care she gave me at just thirteen years old.

I know my children find it difficult that I don’t remember parts of their childhood. I can’t begin to imagine how devastating that must be for them. 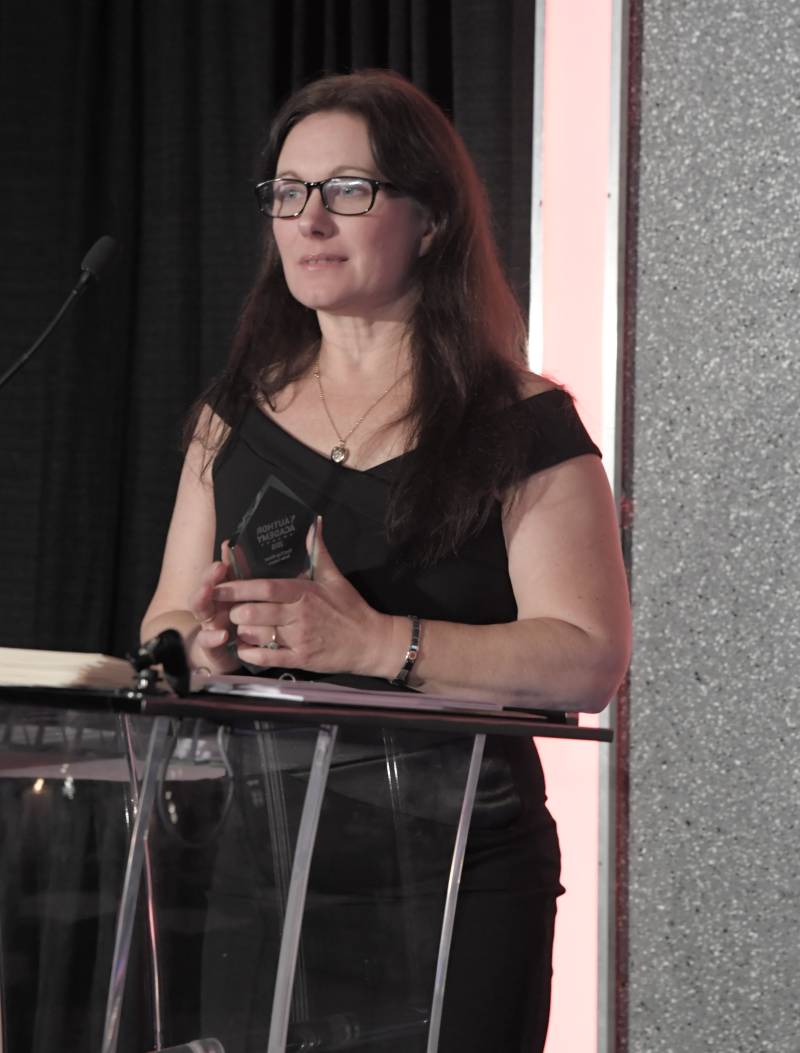 Overtime some of Donna’s memories have returned, often triggered by other people’s storytelling.

“Quite often when one memory returns it’s like a domino effect and I’m suddenly bombarded with several at once and that takes some processing.”

Surprisingly, many of Donna’s memories returned during a traumatic incident in 2018 when she was first on scene at a road traffic collision involving a man with a serious head injury.

That was hugely difficult for me to deal with on several levels – that a man fighting for his life enabled me to regain my past, does not sit comfortably with me,” recalled Donna.

“That was the day I faced morality, the day I established my own order from the chaos that had become my life – the day I became emotionally re-connected.”

Donna utilises a number of methods and techniques to help with both her long and short-term memory problems.

She said: “Many techniques assist with my memory. If I have a seizure while out alone I become disorientated and unaware of my surroundings so I use GPS to locate myself. This gives me reassurance and confidence to be independent.

“Everything is on my phone which I have with me at all times – my diary, my contacts and my notes.

“Our home is filled with family photos on the walls to help me remember special events, both pre and post injury.

“Most prevalent of my techniques has to be the memory palace I’ve built inside my mind. It’s been a lifesaver.

“Explaining my memory loss to other people is easy now. I do so by suggesting that it’s like I had the filing cabinet drawer open and someone blasted all the paperwork with an industrial fan – it’s all in there but unattainable.”

Since her injury Donna has gone onto become an award-winning author.

She said: “Turning to writing gave me direction. It enabled me to focus, albeit for just a few minutes each day in the beginning, on something other than the pain I was in and the anger I was holding onto. It allowed me to redefine myself.

“The book that released my mind and opened up a torrent of social media posts about my brain injury journey has been Lost Soul.

“Within this book I share poetry written during therapy and my journey through recovery taken from stories shared by friends, my medical notes and from the journal I kept throughout.”

All of Donna’s books are available on Amazon and you can purchase them by clicking here.

For more information on Donna, please visit her website: www.donnasiggers.com 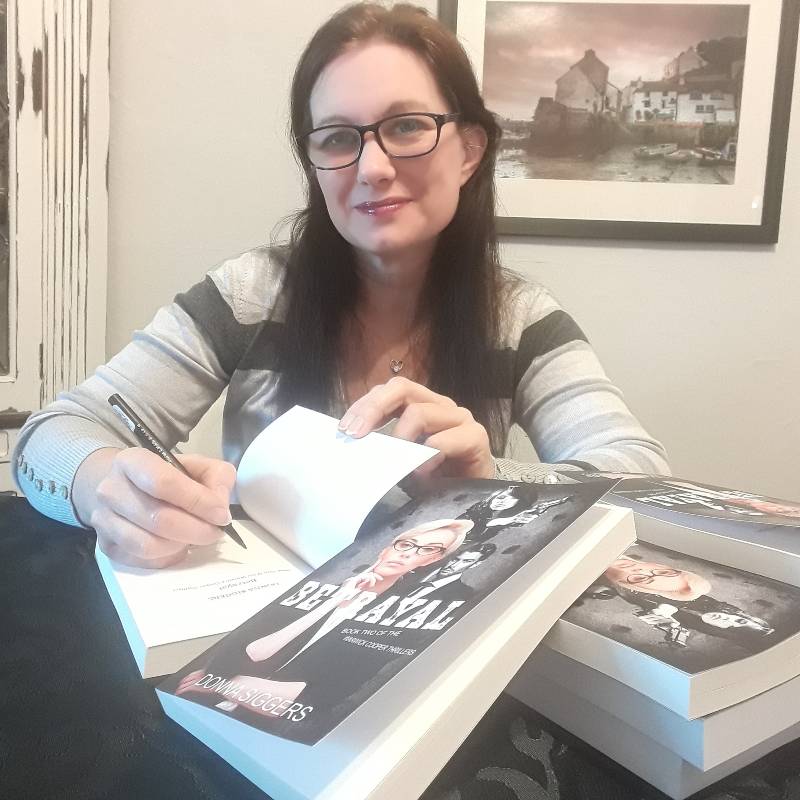