Becki York was left fighting for her life when she was hit by a car as a teenager, sustaining a severe brain injury that left her in a coma. Doctors were unsure if she would ever wake up, but thankfully she survived.

Becki struggles with fatigue, depression and post-traumatic stress disorder, but in 2014 she became a proud mum to Oscar. Then just as the Covid-19 pandemic began in 2020, she received more good news that she was pregnant again, and in September gave birth to Oscar's baby sister, Jasmine.

Recently while reading a story to Jasmine, Becki felt a sudden urge to write a poem and, once her daughter had drifted off to sleep, grabbed a notepad and pencil and wrote what was in her head.

The result is this moving and inspiring poem 'I've made it!', which highlights the enormous challenges that Becki continues to face after brain injury, but also the hugely positive value of family.

You can read more of Becki's poems and notes on her achievements on her Instagram feed, @butterflydreams06. 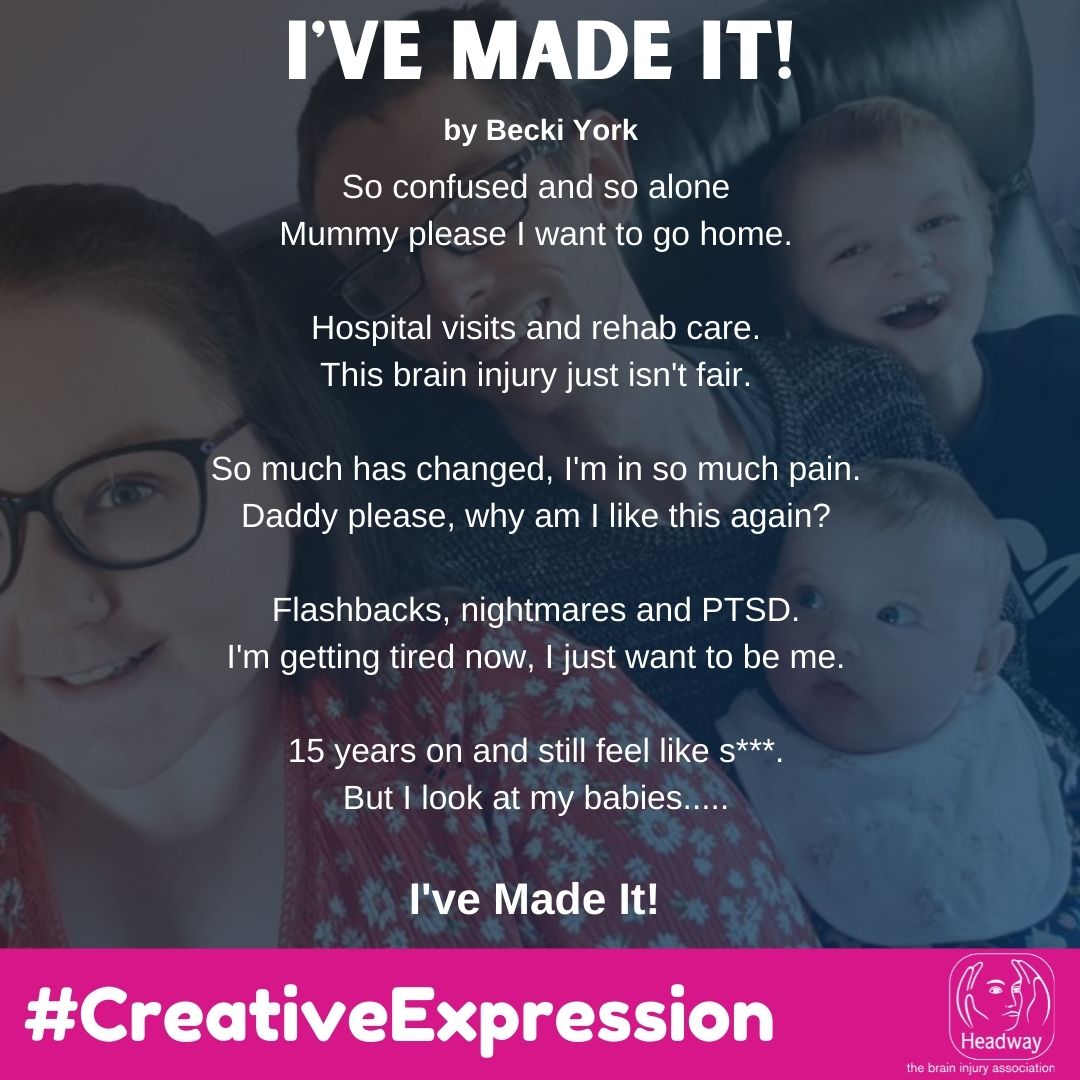 We share Sam’s moving poem which examines the hidden challenges that he continues to face after brain injury and, despite this, a determination to achieve his dreams.