In 2013 Gill Oliver, from Somerset, was beginning to wind down her successful teaching career and focus on her talent as a fiction writer, putting the finishing touches on her first novel. Her husband Terry was enjoying a fulfilling career in marketing, with a typical week involving long drives across the UK to support a range of large companies. He was getting ready for retirement, cutting back on his workload and investigating a range of clubs and hobbies as the pay-off for years of hard work.

Then one day in April, everything changed. Terry had spent a morning working and was looking forward to Gill returning home when he began to sense that things weren’t right.

He said: “At about 12.15 everything went weird, everything I could see began to turn white, like I was going down a white tunnel. Then I collapsed on the floor.

“Gill came home at about half past one and did her usual household jobs before coming up and finding me unconscious.”

At this point Gill immediately called an ambulance and Terry was taken to hospital, where he was admitted and diagnosed as having had a stroke in the lower basal ganglia, a part of the brain which is responsible for the control of movement.

“We were very lucky at this stage, in that when Terry was taken in there was a wonderful stroke physio who sat with us and primed me on the main things I needed to know,” explained Gill.

“She explained all sorts of things that I couldn’t quite take in, preparing us for the fact that our lives would never be the same again, and gave me tips for noticing and monitoring the changes she knew would come as Terry began to recover.

She was very hopeful. She emphasised that improvements will keep happening, which is exactly what we saw as Terry’s ability to swallow came back and he began to regain some movement.

Gill was able to begin working from home to allow her to focus on Terry and her own wellbeing, while receiving a huge amount of support from her family, friends and colleagues. 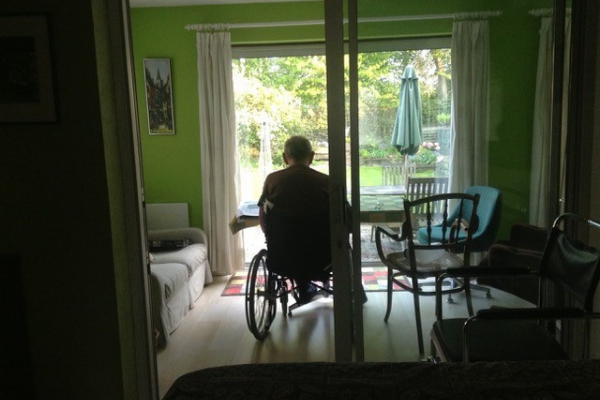 Terry spent four weeks in hospital, taking part in a trial into the benefits of administering intensive physiotherapy in the early stages after stroke, before being discharged home.

He said: “I came out of hospital and I couldn’t stand up, I couldn’t walk and getting in and out of a chair was difficult. It was really hard. 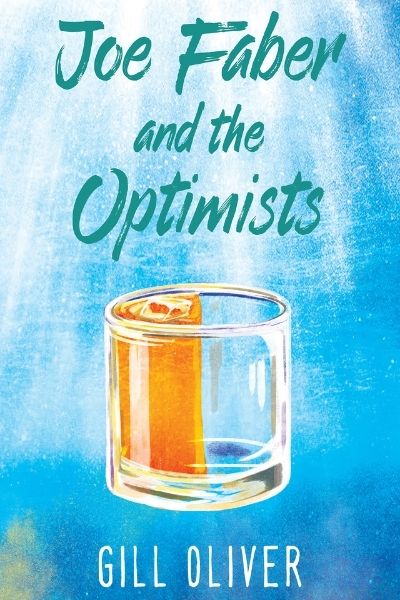 “For the first few weeks, although I couldn’t move, nothing hurt, but suddenly it did and got worse and worse. The more movement I regained the more pain I experienced.

Eight years on I experience pain and mobility problems, and I'm still working hard to recover manual dexterity. Exercise is a challenge, and sometimes boring, but tremendously worthwhile.

It was during the early weeks and months of Terry’s recovery that Gill realised she would have to start writing about the intense experience they were both going through, in order to make sense of things and communicate the physical and emotional challenges they faced.

“If you’re one of the lucky people whose loved one is actually getting better, you may start on a high because you see the rapid improvement and milestones,” said Gill. "I wanted people to know that however awful it is at the beginning, it’s really worth working at it.

“The nurses told us that in the early stages it helps to have grit and a sense of humour, both of which Terry has in spades. So I was keen to write about not only the challenges but also the funny things that happen, like when Terry was faced with a psychological assessment but was worried for the therapist, feeling that she was the one who had the problem!”

In the book, titled Joe Faber and the Optimists, Gill works the real-life experience of stroke into a story with a fictional plot and characters.

“The story rotates around four different points of view. You have Joe who had the stroke, his wife who’s dealing with it on another level, you’ve got his daughter who is younger and very anxious about the situation, and then there’s her boyfriend who’s nice but a bit of a challenge – to him, every problem has a solution!

“In fiction you can get into the heads of different people and see it how it looks to them, which can be very enabling for a reader because we’re all ignorant of things until we experience them.

"We all have the first ‘stupid’ reactions that the boyfriend might have, but you can identify with the characters and gain a wider view of the impact the stroke had on them.”

As Terry explains: “Having a stroke can shrink your world. You're too busy living it to fully appreciate the effect on others. From my point of view the book was very cathartic, it helped me understand the things that had happened.

If it helps other people to see different perspectives, that’s fantastic.

Joe Faber and the Optimists is available from:

You can also read more about Terry’s journey after stroke on his blog, www.ourstrokeblog.org 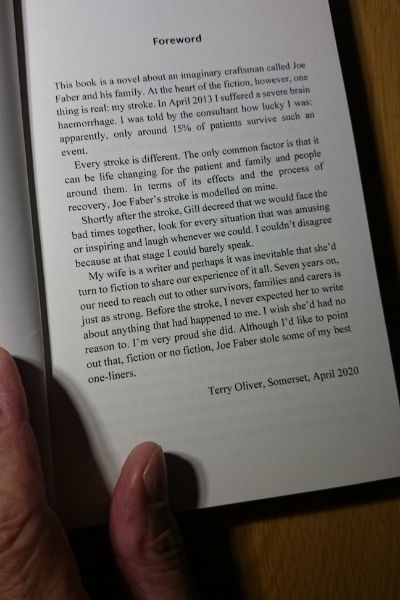