On 22 February 2015, 43-year-old Claire Cowlishaw sustained a devastating brain injury that would leave her with severe short-term memory problems and challenge her inseparably close relationship with her 18-year-old daughter, Lauren.

Claire had been taking out the bins as usual at her home in Leamington when she inexplicably collapsed in the hallway. Thankfully, she was found by Lauren who called for an ambulance and rushed to Coventry Hospital.

Doctors confirmed that Claire had suffered two ruptured brain aneurysms which caused a life-threatening subarachnoid haemorrhage (bleeding on the brain's surface), leaving her with the lasting effects of a severe brain injury.

"There were no warning signs that something may be wrong," said Lauren.

"One minute she was taking the bins out and the next she was unconscious in the hallway. At first, we were told by doctors that she might not make it. I remember how difficult it was, waiting in A&E, not knowing what was going to happen."

Claire was transferred to Stoke Hospital for an operation to clip the aneurysms on her brain. A series of complications made the whole experience even more scary for Lauren.

"Between operations I didn't see her much because she was unconscious," Lauren recalled.

"In the earliest stages of recovery, she kept slipping in and out of consciousness. Her neck really hurt and she could not open her eyes properly. Although I believe my mum was aware of what was going on, she was very confused and easily agitated.

"Several times she jumped up out of bed, shouting and screaming in the hospital ward. She would be mortified had she been aware of such uncharacteristic behaviours."

'She couldn't remember me or our relatives'

"The day after her surgery was her birthday. We took her cards and presents to the ward. Halfway through reading one card from a friend she asked: 'Who's Daryl? Why am I here?'

"We were forced to reintroduce her to everyone she knows, which was quite a strange and painful experience.

"There was one very scary moment when she did not recognise me or my Nan (her mother). We are inseparably close so it was heartbreaking to think she may not remember me or our relationship. As a single parent, she has literally been my everything and it was a terrifying prospect to think I could lose the mum I knew and loved.

"Thankfully, this confusion passed quite quickly which was an enormous relief. A day later, she started to recognise me and was able to recall many more things about our lives.

"To this day, she still cannot remember the first three weeks after the incident. Her short-term memory was appalling. It was difficult trying to establish what life was going to be like after brain injury."

Finding Headway 'a stroke of luck'

Having contracted bacterial meningitis while in hospital, Claire ended up spending a total of six weeks in hospital before she was well enough to go home.

Lauren continued: "While in hospital, my mum would often stare at a board covered in information pamphlets on a wall, including details about Headway, but she was too weak to physically get up and look at them properly.

"Despite forgetting most things from those early days of recovery, she remembered the name 'Headway' by a stroke of luck. When we got home, she was adamant to Google what support the charity can offer people after brain injury."

"The online support forum, HealthUnlocked, has been absolutely amazing," said Lauren. "I cried for an hour while reading the stories, and it provided a great platform to ask questions and have an non-judgemental conversation about brain injury.

"Many people don't realise that it's not just the individual person who is forced to adapt to life after brain injury. It can be very challenging trying to adapt to new behaviours in the friend and mother you have known your entire life. 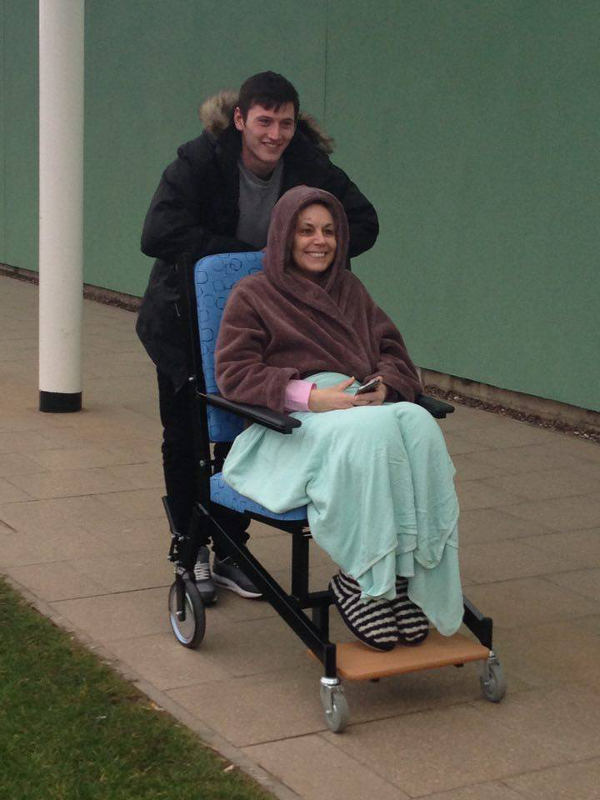 "I hold my hand up and say that my mum hasn't been the easiest person to deal with at times. Having said that, she has been on courses to 'manage challenging behaviour' after brain injury, which have given us great tips to move forward and cope with unexpected changes to her personality because of her brain injury."

'Not everyone is so lucky'

Claire and Lauren also began attending support sessions at Headway Coventry and Warwickshire, and became so involved that they have even set up a new offshoot Headway support group in Leamington.

"The volunteers at Headway are amazing," said Lauren. "We do not find them at all patronising, particularly because we have faced similar battles and they understand how complex the challenges of brain injury can be.

"We launched our new support group, Headway Leamington, on 7 September 2016, and we have already received a wave of interest which highlights the need to keep developing these local services. More awareness is needed to ensure no family feels alone after brain injury."

Claire took several months off from her job as General Manager of a hotel, but has now returned to working four days a week.

"I'm just so grateful that she is still here with us," said Lauren. "More so, I'm so proud of the amazing progress she has made since her injury. Not everyone is so lucky.

"There are still challenges – she suffers from insomnia and perhaps returned to work slightly too soon! – but she now has a new lease on life. I know it will be okay." 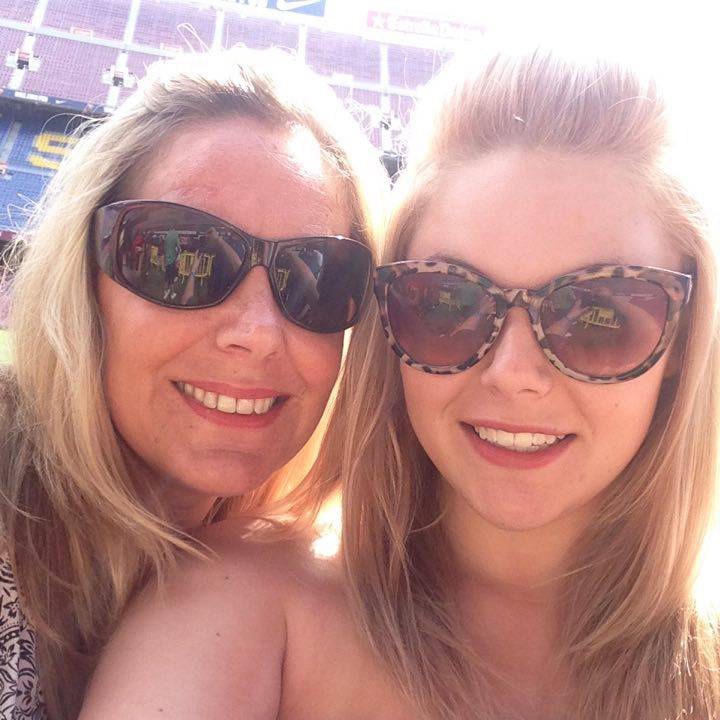 To thank the doctors and nurses for being the family's superheroes at a time of true desperation, Lauren and Claire now plan to host a Superhero Ball in aid of the new Headway support group the duo recently helped set up in Leamington.

"Recovery is very much an ongoing process," Lauren explained. "Even now, my mum has to stop and think carefully about things quite a lot because her ability to process information has been affected.

"That is why we decided to throw a ball. We could not have got through this without the incredible support of Headway, and we felt it's now our turn to give something back by raising funds and expanding the local services to reach out to more families facing the scary unknown world of brain injury."