My old life ended when a timber salesman who was driving in the opposite direction from me, entered a hidden dip then overtook a lorry, appearing suddenly in my windscreen. We had a head-on crash with a combined speed of over 100 mph. It was a lovely sunny day in the early Spring of 2019 in the Peak District. No day for any sort of accident.

At the beginning of this new life I became unconscious after my head hit an airbag. I came to when another driver spoke to me. He was kind and reassuring. I could feel the bones in my legs were broken in open fractures and in the wrong place. My hands were wet with blood. My chest and hips hurt terribly from seat belt injuries. I couldn’t move because I was pinned by the engine from my little Toyota IQ which ended up where my legs had been in the footwell. I was rescued by firemen who cut me out and I had my first ride in a helicopter. I still feel uneasy when I hear a helicopter engine. I felt cold and sick. They gave me ketamine for the pain and things are hazy after that.

I died on the way to Sheffield hospital. I think it happened at the point where they lost my blood pressure. I left my body and said goodbye to my family. I thought they would be sad but that they would manage without me because they are all whole, strong people. It seemed like a good, clean death and not a bad way to go. I was expected to be grateful when I woke again to world of indignity and humiliation; of pain and ITU; of  bedpans, drips and washing with a small wipe. Later, a geriatric's world of commodes and mobility aids emerged. At 62 I was crippled; disabled for life, and everything hurt. I was not at all grateful. My legs were each pinned with an exoskeleton running from thigh to ankle, secured directly into my leg bones with great bolts. It was horrific; Frankensteinian. I could see the shock on faces when they looked at me. I was enraged because I'd had no choice in any of it. In combination with the drugs this anger emerged at first as impatience and a great air of entitlement. My daughter told me I was not myself so I asked to be taken off morphine. They didn't argue once I told them about the whispering voices I heard. The painkillers are a story all of their own, involving snoring giants sleeping in the walls (prompted by the sound of the hospital air-con) and pretty glistening
strands that filled the air with golden spider webs. The nights were lifetimes long and very scary.

After a week spent in the exoskeleton in ITU I was stable and they operated to put me back together as well as they could. I had broken thirteen ribs, my sternum, had pneumothoraces, plus contusions to my lungs and everywhere else. Bones in my spine were cracked. The worst injuries were to my femurs which were shattered; ‘comminuted’ is the medical term for it which I gather means smashed into lots of tiny bits. Sections of unsalvageable bone and joints were replaced with metal.

Sometimes I dream that I can walk like I used to. I stride out like a giant in seven league boots with sure, strong steps that eat up the miles. My body and mind unite in the rhythm of walking: that wonderful synergy of nerve, bone and muscle where thinking becomes clear and there is a sense of wellbeing; of rightness and oneness with the world. Then I wake and reality reasserts itself as I limp painfully to the bathroom to relieve my newly incompetent bladder. I mourn my mobility.

No one worried about my head which looked undamaged on CAT scans. Over the following months I was reassured that the problems I had with fatigue, headaches, mood, memory and concentration could all be put down to the demands of the recovery process, or the drugs, or both. Maybe a concussion with temporary effects I was told or perhaps a psychological reaction to the accident. But the problems have never gone away. Two years later I can’t watch a weekly serial and remember the plot. I forget most new information. 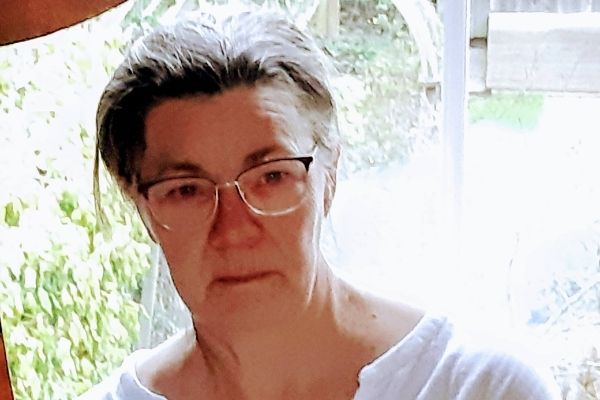 I become so fatigued after any sort of work that it can take several days to recover. I can’t concentrate. I am normally a great reader and demolish novels in a week or two but now I can’t read anything long or involved. Tasks involving working memory are painfully difficult and even simple things take a long time. I hold a doctorate in Computer Science; at work I performed complex mathematical calculations in my head and devised algorithms for processing image data. I simply couldn’t do that any more, or anything of a similar level of sophistication.

I can, however, still beat most people at a cryptic crossword, and I am pleased to have retained my words. A good thing that has come out of all this is the way I can create better than I could. I’ve no idea why I have become more right brained. I’ll get lost in the sight of frost on cobwebs to the exclusion of all else, and simply stand and stare. Maybe I have had the sense knocked into me. Whatever the reason, I take the gift and write with it. I write crazy fairy tales that twist and turn in the way their creator’s mind does. I don’t care whether you like them because they’re written for people who do. I wrote 'Rose', my longest piece ever, after this accident. Rose’s ‘beige mausoleum’ is my rehab flat where for four months I cried with loneliness and howled with frustration at my lot.

I still find it hard to understand why I was punished for something that was someone else’s fault. How did the other driver walk away unharmed from the crash he caused while I was a polytrauma case? Where is the justice? He’s never apologised to me. What a hero. I wouldn't choose to be in his place even if he does have two good legs.

You can download 'Rose' by Nicola Cross using the link below.