In 2018, young entrepreneur Ed Dunford designed and produced his own line of caps to raise awareness of concussion in sport.

Little did he know that just one week later, a clash in a rugby match would leave him battling the same effects he worked so hard to raise awareness about.

During a highly anticipated annual fixture for Whitgift School in 2018, Ed was knocked unconscious while attempting a tackle.

He said: “I collided heads with my own player, leading me to be completely knocked out.

“What then occurred is very vague, as the injury made my vision blurred, I suffered loss of memory and a throbbing headache.”

Ed’s condition was assessed on the pitch before he was taken to the school’s medical centre for further tests and later taken to A&E.

“After sustaining the injury, I was quite lucky and had no obvious change in my wellbeing, other than initially having regular headaches which eased off,” he said.

Thankfully, the effects of Ed’s concussion were short-lived and after three weeks he was able to return to the pitch.

Coincidently, just a week prior to the incident, Ed launched his new brand EDWEAR to raise awareness of concussion in sport and to fundraise for Headway.

“I’m trying to do my part to raise awareness and make it easily identifiable, helping reduce the impact of concussion in sports,” said Ed. 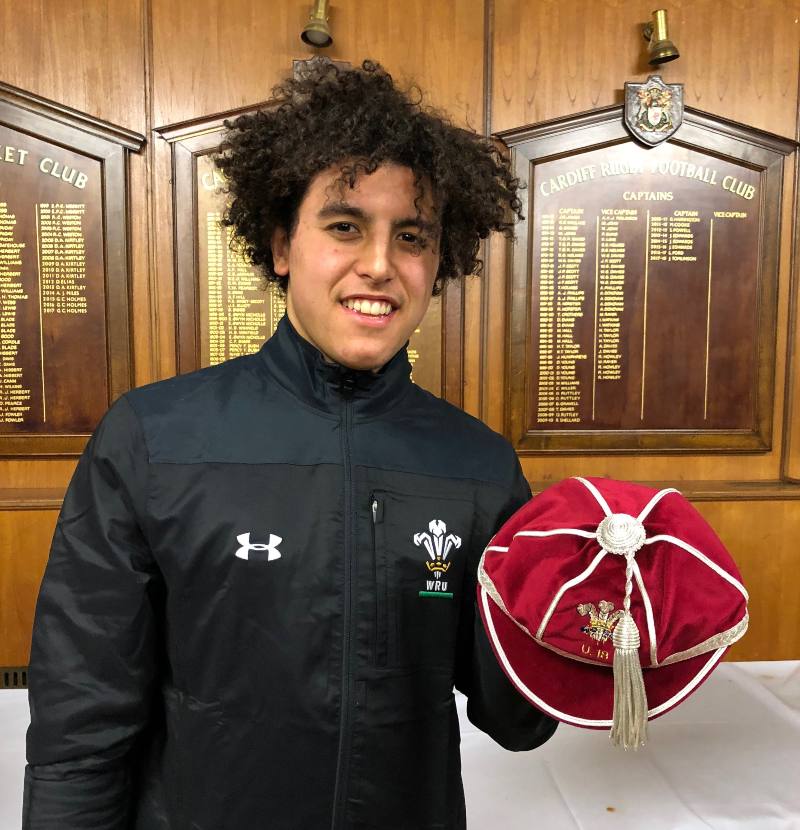 Ed with his first U18 cap for Wales

The idea first started as a project for my business studies, but I never imagined that I’d actually be able to bring it to life.

“I wanted to combine my passion for rugby with the project and selling hats that players and supporters could both wear seemed like the perfect idea. 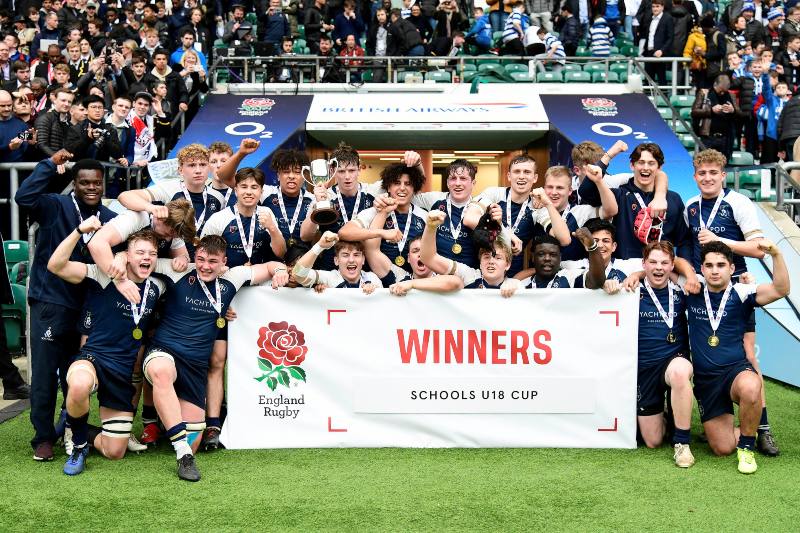 “Concussion is no joke, I have felt the side effects myself - it can be uncomfortable and painful. I hope that by speaking out about the dangers of carrying on with a concussion people are more aware of the risks.

“With the increased research and monitoring of athletes in contact sports showing negative short-term and long-term effects, it's obvious it's a major problem.

“Personally, I think rugby has been at the front in terms of concussion prevention and creating clear protocols.

"Within the last couple of years, they have adapted laws massively to reduce the chance of head injuries, most easily seen in the tackle area and break down.

It is now taken very, very seriously, which can only be a good thing.

Despite his sporting and school commitments, Ed was tireless in his fundraising efforts.

Ed said: “I spent my weekends selling the caps at my rugby clubhouse. The support I received from my teammates and friends in the first few weeks was incredible.

“Because my teammates and players from other clubs understood the dangers involved, they really got behind the idea of raising awareness and supporting Headway.”

Ed sold more than 130 caps in the first four weeks and has raised an incredible £1,018 for Headway to date.

He said: “The valuable work done by Headway inspired and motivated me to continue raising more funds for a great cause and speaking out about concussion in sport.”

As for the future? Ed plans to continue playing rugby, branching out to more local clubs to sell his caps and advocating the work of Headway.

To find out more, visit instagram.com/edwearlimited/ 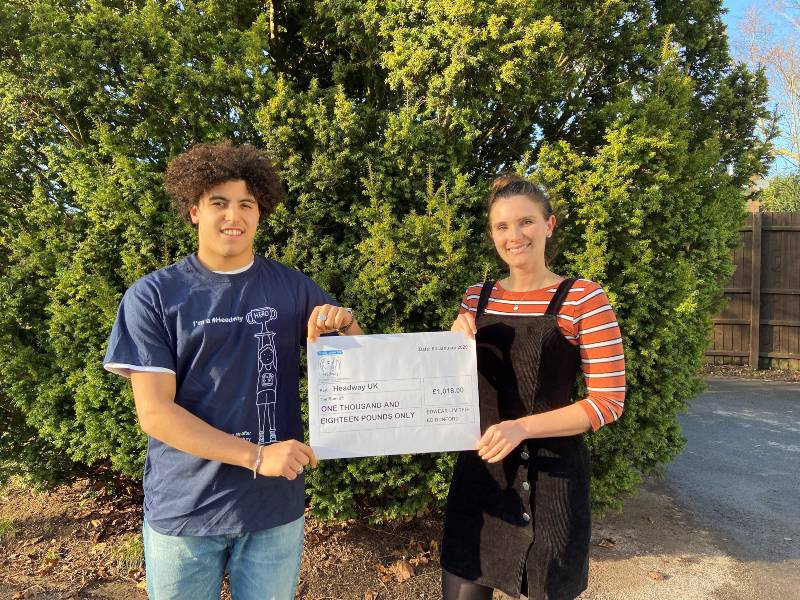 Ed presents Headway with a cheque for £1,000