"You often hear people talking about how their lives changed in an instant as a result of brain injury. Well, my life has certainly changed, but it's taken many years to get to where I am today.

"In September 1994, when I was 29, I was working as a waitress in Edinburgh. I was doing the vacuuming when I suddenly felt an almighty pain in the front of my head that seemed to run across the top and all the way down the back of my neck. It felt as if there was water running down my neck. I knew there was something seriously wrong and that I needed an ambulance straight away.

"By the time I arrived at A&E, the pain was horrific. I was transferred to a specialist brain unit where I had a CT scan and a lumbar puncture. Eventually, I was told I'd suffered a brain haemorrhage.

"I was asked for the contact details for my next of kin before I was rushed into surgery. I then spent 48 hours in intensive care for. I had 24 staples down the side of the head and my face had 'ballooned' out so much I didn't seem to have a left eye.

"I was put on their stroke ward, which I found confusing and depressing, so I signed myself out of hospital after a week and went to stay with my mum and dad in north Wales.

"Just before the haemorrhage, I'd been looking for a new job in Edinburgh and shortly after moving in with Mum, I received a call inviting me for an interview as a sales rep for a signage company. Although I knew I wasn't 100% I didn't really understand my limits. At that time, there wasn't any after-care or counselling offered for people with brain injury, so I went back up to Edinburgh for the interview and got the job!

I wanted to be 'back to normal' again as soon as possible and tried to ignore the difficulties I was having.

"But eventually the problems were too hard to ignore. I began to get more and more insular; my short-term memory got worse, as did my fatigue. I thought these problems would just be a phase and they would disappear after time. I was wrong. 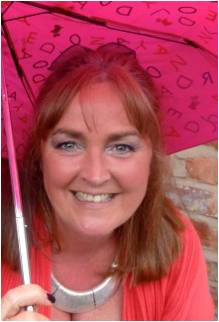 "In 1999 I, along with my sister and her son, moved to the Wirral, close to our parents. My mum knew something was wrong with me, not that I could or would admit to it, and so she took me to see a specialist at Clatterbridge Hospital Brain Injury Rehabilitation Unit. I ended up being admitted as an inpatient, staying at the centre from Monday to Friday for nine weeks.

"Being in the rehabilitation centre gave me more of an insight into my brain injury, the effects of which I had previously failed to acknowledge or fully understand. I began to realise why I'd been struggling with things like memory and fatigue, and, after I was diagnosed with short-term memory loss, why I was unable to work effectively. 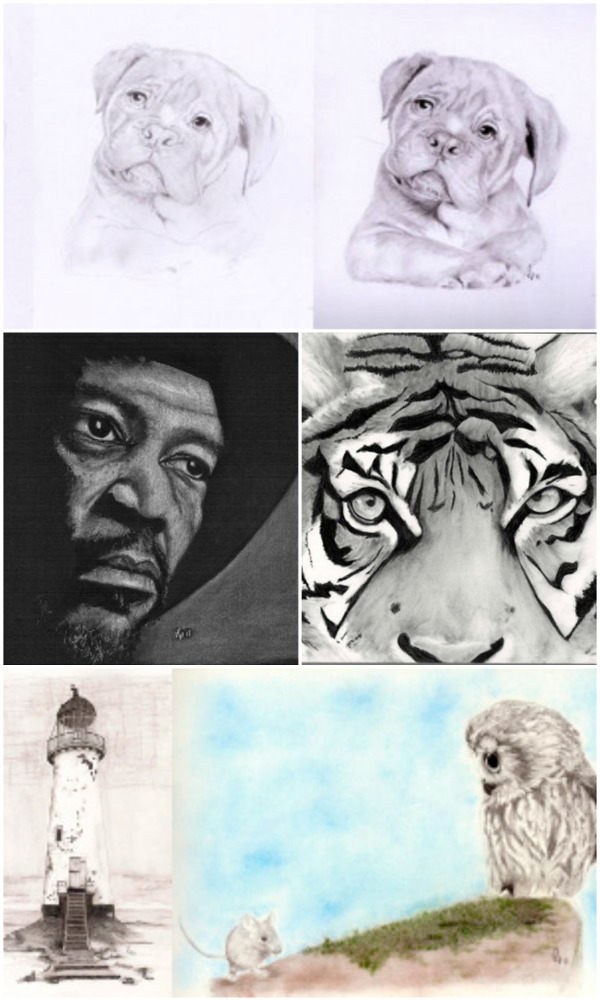 A new lease of life

"Life changed again in May 2012. I passed out at the top of a flight of stone steps and hit the right-hand side of my head. I was rushed to hospital by ambulance and came to a couple of hours later, unsure of where I was. They did an x-ray and sent me home later the next day saying that I was fine and the bruising would subside eventually. In the event, it took a full six months.

"Although I'd been told there was no lasting damage, to me something had changed.

"I realised that I wanted to do something with my life. When at school, I had always enjoyed art, but that was 30 years ago. But I thought 'why not give it another go?'

"I bought a 2b pencil and a sketch pad and tried drawing - and I loved it!

"Somehow, drawing felt natural in a way that it never had before. I saw things in a different light and began to realise I had a real skill in being able to copy things.

"My brain doesn't allow me to create my own images as my imagination doesn't work that way, but if I see something photographic I seem to connect with it. I find an image I like, and then draw it as I see it.

"In my mind, I'm simply copying the images and my drawings are identical to the originals. Others, however, only see a resemblance and say that mine are clearly my own interpretations of what I see.

"I don't understand why I can suddenly draw things. It's not a skill I had before I fell and hit my head. I don't want to over-analyse it in case I somehow lose my new-found talent.

"The bottom line is that I love drawing. It's given me a new lease of life and boosted my confidence no end. I even have my own page on Facebook called 'Pip's Pics'.

"If you have a purpose, or a hobby, or a passion, then life holds meaning - regardless of whether your life is how you thought it would be. My brain injury changed my life - and not for the better - but finally I have something to keep me positive.

"However that came about, I'm truly grateful."

To view Pip's drawings on Facebook, search the site for Pip's Pics or visit https://www.facebook.com/#!/PipsPics