Leah Moore had a busy life. Her career as a comic book author was relentless and to keep the money coming in, she and her husband often worked long hours. Add three young sons into the mix and it’s fair to say Leah had little spare time away from her work or family commitments. So when the chance to attend a music festival arrived in 2018, she grabbed it with both hands.

Leah loved attending festivals and the freedom of a few days not having to worry about anything. In 2018, the night before the festival bands started, she partied the night away in one of the event’s large tents - dancing to her favourite metal tracks. 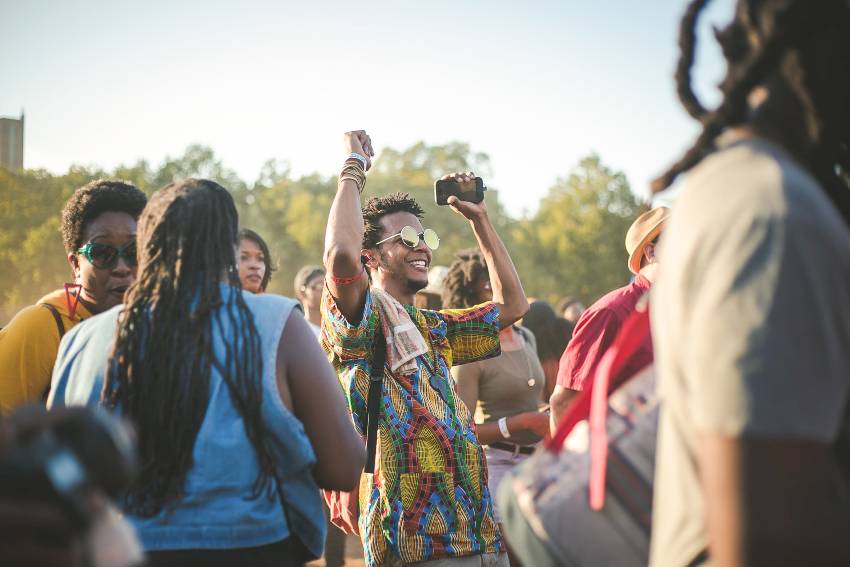 It was while dancing that she believes the bleed on her brain started. The bleed would set in motion several worrying events which could have cost Leah her life.

“It was Thursday, the day before the bands started, and I was in one of the tents dancing and drinking cider, enjoying a night away from any responsibilities,” recalls Leah.

“As I left the tent at the end of the night, I remember falling down. Not tripping over, not hitting my head, but just falling, like a sack of spuds, to the floor.”

Leah not only collapsed but also vomited violently and bit her tongue extremely hard. Unknown to her she was taken to the festival’s recovery tent and assessed by a medical team.

Medical notes from the time described her as ‘confused, struggling to mobilise and mostly asleep’.

It was during this point that her family claim that Leah was left unattended while unconscious, and without regular fluids or food.

Throughout Friday she was in the care of a constantly changing rota of volunteers who kept asking what bands she had seen and didn’t realise that she had been unconscious since the day before the music had started.

Leah said: “I was asleep for virtually all of Friday. Only awoken at intervals by friends or the volunteer staff, but the staff would changeover their shifts, and I don’t think they realised how long I had been asleep for.

I found I could hardly see through my right eye and I found it hard to walk without help. I felt incredibly sleepy. I think the staff assumed I had taken drugs, as they were polite and cheerful at all times, but not concerned about my confused condition.

During Friday, and despite her confusion, Leah managed to briefly speak to her husband who broke the heartbreaking news that his sister had died of cancer.

Leah said: “I can remember the phone call and him asking me to come home as soon as I could. I told him I would try and get a train home the following day but wasn’t sure how I was going to.”

Leah woke on the Saturday morning just before seven and found a text from her sister, Amber, saying she and her partner were driving down to get her.

Amber had heard Leah was unwell on Friday night, and had been trying to contact her to arrange some form of extraction for ten hours.

That morning Leah managed to get herself to the site’s gates on foot, an unbelievable challenge in hindsight.

She said: “I asked a security guard to help me get to the main gate, and then walked there slowly with her.

“When I arrived, I messaged my sister to tell her whereabouts I was. I have the whole WhatsApp conversation on my phone. My messages are all garbled and I clearly couldn’t type the words properly. I stood on a traffic island, and by pure chance my sister pulled up next to me.”

Amber said that nobody from the festival’s formal organisational or medical structures had responded to any of her contacts or assisted in any way to help Leah meet up with her family.

She said: “If Leah hadn’t regained some functional level of consciousness we would have really struggled to find her.

“The frightening thing was that if her sister-in-law hadn’t died, we wouldn’t have even contacted her. Nobody from the festival attempted to reach out to us to let us know what had happened.”

On the journey back to their local hospital, Leah couldn’t see correctly, had no interest in food and was incapable of staying awake for more than a few minutes at a time. She struggled to talk, and while fairly coherent, was clearly confused. Amber said that even when they got to their local hospital it took a while for her sister to get the correct treatment.

She said: “She was assessed through a Plexiglas screen. Someone came and took her blood pressure and then she was left in the waiting room for nearly four hours.

“There were no staff to ask and when I did get to speak to someone, I was told to get her water, which I believe was indicative of their diagnosis of hangover.

“However, from the moment the doctor actually saw her, and listened to my potted history of what happened, she went from hello to diagnosis in about 20 minutes. From then on, the care she received was faultless, but to know she had sat there with a bleed on the brain for all that time is horrifying.”

Leah underwent surgery to treat the swelling on her brain, and although she suffered from chronic fatigue in the early days following the treatment, she has made a good recovery.

She is now working hard to rebuild her life and is thankful for still being alive.

Leah created a comic about her brain injury experience

“Everything has been thrown into sharp focus by my injury. I strive to make the most of every day, and make sure to hold my loved ones tight. I take each little victory as it comes. I’m alive, and everything else is extra now. Every day is extra. Every cup of tea. Every hug. Every second.”