We are privileged to have the help of a number of high-profile supporters who are keen to do all they can to help us raise awareness of brain injury. 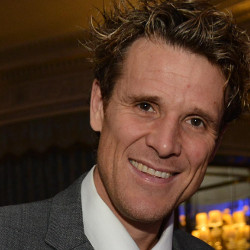 He was attempting to cycle, run, row and swim from Los Angeles and New York in just 16 days when the wing mirror of a petrol tanker travelling at 65mph struck the back of James's head.

James was rushed to hospital, while his wife Beverley, who was in Las Vegas at the time, received the dreaded phone call experienced by many families and loved one of those with brain injury.

Since that fateful day, James has gradually been rebuilding his life with incredible support from Beverley and their children. James and Beverley have bravely shared their experiences of brain injury on numerous occasions in the national press in order to help others affected, while their book Touching Distance remains one of the most moving, open and revealing testimonies available on the subject of brain injury. 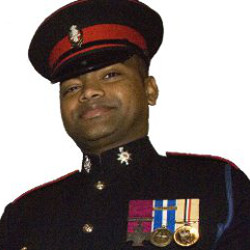 On 18 March 2005, Lance Corporal Johnson Beharry was awarded the Victoria Cross - the highest military decoration for valour in the British and Commonwealth armed forces.

While serving with the 1st Battalion of the Princess of Wales's Royal Regiment in Iraq, Johnson twice saved members of his unit from ambushes, sustaining a serious brain injury in the latter engagement. Today, Johnson still suffers from the residual effects of his brain injury, including poor memory.

Johnson Beharry is now a Special Ambassador for Headway - the brain injury association. Johnson said: "The world is full of heroes who don't get any recognition, people who everyday face challenges in their lives - who learn to live again following brain injury or who care for loved ones who are injured."

In his role as Special Ambassador for Headway, Johnson has helped raise awareness of the effects of brain injury through numerous media interviews in which he has shared his personal testimony of how his own brain injury has affected his life and the lives of his loved ones. In addition, Johnson takes time out of his busy schedule to attend Headway events, including the Headway Annual Awards where he often presents deserving finalists with their honours. 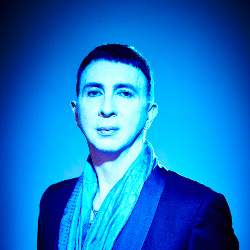 In 2004, legendary pop music maestro Marc Almond had a motorcycle accident that left him with multiple fractures and a brain injury. He was in a coma for two weeks and spent the next two years relearning lost skills, including singing.

To show his support to others who have experienced brain injury and to help Headway support those affected, Marc chose to donate to Headway £1 from every ticket sold on his 2015 The Velvet Trail UK tour. The charity was also boosted by promotion in the tour programme and numerous mentions in the national media. 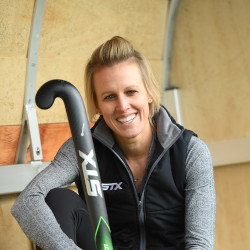 Alex Danson MBE is one of the finest hockey players Britain has ever produced and was credited as one of the hardest working and talented on the World Stage. Alex competed in 3 Olympics, 4 Commonwealth Games, 5 World Cups and 8 European Championships.

She made her senior international debut at the age of just 16 whilst still at school, amassed 306 caps for her country, and scored a record equalling 115 goals over an international career spanning 18 years.

Alex was shortlisted for the FIH World Player of the Year 4 times, was Player of the Tournament at the 2015 European Championships, and was top scorer at both the London 2012 and Rio 2016 Olympic Games. In 2017 she was made captain of GB and England.

Alex retired from international hockey in February 2019 after suffering a mild traumatic brain injury whilst on holiday with her Husband in Kenya. Her well documented injury has seen head injury protocols improved within elite sport and she is passionate about raising awareness and supporting others with similar injuries. 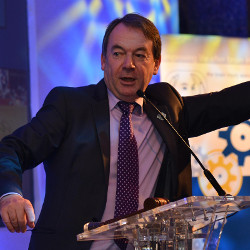 TV antiques expert Eric has been supporting Headway for almost two decades, helping to raise the profile of the charity.

Eric regularly volunteers his expertise to act at the charity's guest auctioneer at the Headway Annual Awards, using his wit and charm to generate invaluable funds to support the charity's work. 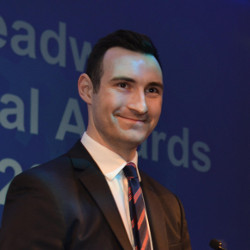 He is a firm supporter of Headway's 'If in doubt, sit it out!' campaign, helping to promote the charity's messaging in the national media. Tom has also freely given his time to support the charity by hosting the Annual Awards ceremony. 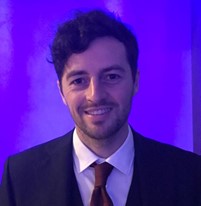 While playing for Hull City in a game against Chelsea in

2017, Ryan’s career was  cut short after a clash of heads left him with a brain injury.  After surgery and a  period of rehabilitation, Ryan was forced to retire after doctors warned him that  continuing to play would put his long-term health at risk.

Since then, Ryan has re-joined his beloved Spurs as a member of their coaching staff and is now inspiring a future generation of footballers as the academy coach for their Under-19s. He is a passionate supporter of Headway’s Concussion Aware campaign and has helped to raise awareness of this important issue through numerous media appearances. 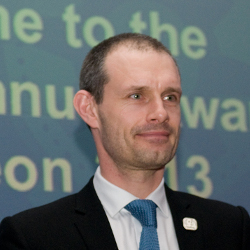 When Coronation Street decided to feature a brain injury storyline, actor Ben Price - whose character Nick Tilsley was to sustain the injury - made it clear he wanted to thoroughly research what it means to live with such an injury.

Ben spent time with Headway Preston and Chorley, of which he is now Patron, meeting brain injury survivors and their families to get a better understanding. In addition to portraying brain injury with refreshing clarity and honesty on screen, Ben has also helped to raise awareness of brain injury and Headway in the national press through numerous interviews. 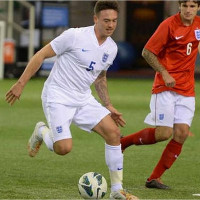 Promising footballer Jack sustained a severe traumatic brain injury in an unprovoked assault while out with friends. He was just 18 at the time and was on the verge of signing his first professional contract, but his dreams of becoming a professional footballer were shattered. With the help of Headway, Jack began to rebuild his confidence and was introduced to disability football and in 2016 Jack captained the Paralympics GB seven-a-side football team in the Paralympic Games in Rio. Jack is a passionate supporter of Headway. 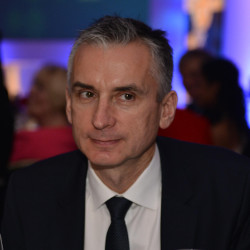 Former England and Arsenal footballer, and now Sky Sports commentator, has been a supporter of Headway since joining James Cracknell as part of a Headway team taking on the Prudential RideLondon event in 2013.

Since then, Alan has continued to support the charity, taking part in Hats for Headway Day while ensuring safety-first messages are given in his commentaries when head injuries occur. 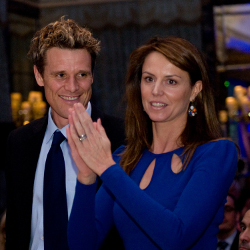 In 2010, Beverley received the phone call that we all dread: Her husband, James Cracknell, had been seriously injured in a road traffic collision. Beverley had to jump on a plane and fly across America to be by his bedside, not knowing if he would be alive or dead when she got off at the other end.

James sustained a severe traumatic brain injury. Since that day, with Beverley at his side, James has been rebuilding his life and has made an excellent recovery.

Journalist and broadcaster Beverley has bravely shared her experience and perspective of being the partner of a brain injury survivor in the national press via her national newspaper columns and radio programmes, while co-writing the couple's book Touching Distance.

Her open, honest, and deeply personal accounts have helped enormously to raise awareness of brain injury and the profile of Headway.