Get it Right First Tim... 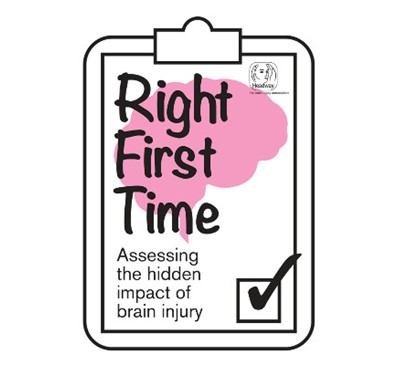 Headway is calling for urgent changes to be made to disability benefits assessments in order to reduce the number of vulnerable people who are forced to go through a stressful and often unnecessary appeals process.

Headway’s Right First Time campaign has been launched on the eve of a parliamentary report into disability benefit assessments conducted by the Work and Pensions Committee entitled Are PIP and ESA Assessments working well?

Due to the complicated and hidden nature of brain injury, assessing its affect on survivors is a complex process.

A significant number of survivors who apply for Employment Support Allowance (ESA) and Personal Independent Payment (PIP) that are refused, are then subsequently accepted on mandatory reconsideration or on appeal.

The failure to come to the right decision in the initial assessment can have a significant impact on the individual’s mental health, while putting extra pressure on family finances as they navigate the various and often lengthy stages of appeal.

Now, on the eve of the interim report being published, the charity is launching its campaign and sharing the findings of its own study into the failing processes.

Headway’s evidence to the inquiry was based on a survey of more than 650 brain injury survivors, which revealed that the experiences many survivors have when applying for these disability benefits is largely negative.

The key findings were:

Based on our findings, the Right First Time campaign is calling for:

Peter McCabe, Chief Executive of Headway, said: “You cannot underestimate the hardship and deep distress that can be caused to brain injury survivors and their families who are incorrectly assessed for disability benefits.

“Emotionally and financially they feel that their lives have been put on hold with many left feeling that their brain injury has just been ignored or completely misunderstood.

“With help from the people we support, our Right First Time campaign highlights what the government should address to ensure brain injury survivors get the decision and support they deserve.

“Despite numerous calls, this issue has been ignored by successive governments, leaving vulnerable people to pick up the pieces of their lives.

He said: “The benefits system has been getting progressively worse over recent years, and people with a brain injury are suffering unnecessarily as a consequence.

“This campaign is a hugely important step in calling the government to account. We need a concerted and united effort from professionals, organisations, carers and people who have experienced a brain injury.

“Given the findings of the most recent survey conducted by Headway, it is clear that we need to speak out.

“It is a brave step to challenge policies and practice in this way, but there is a responsibility to do so. Hopefully this will help affect change in a system which is clearly failing people who have had a brain injury.”

Brain injury survivor Jeff Clare, 60, and his partner Heather, 57, know first-hand the benefits of having a PIP assessor who understands brain injury. 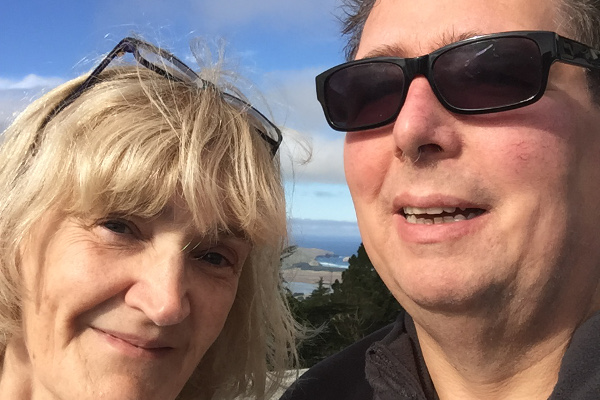 Jeff, of Bishops Stortford in Hertfordshire, fell ill with encephalitis in 2010. He was left with memory, concentration and mobility problems, as well as fatigue.

After a distressing and disappointing PIP assessment in 2013, Heather was too stressed to appeal the decision on her husband's behalf.

“I didn't get the impression the assessor had read Jeff's reports or had an understanding of brain injury," Heather said.

“She did not appear confident and was trying to fit Jeff's abilities into boxes rather than assessing him as an individual or looking at his needs.”

But after six months, Heather requested a reassessment which was conducted by someone with an understanding of brain injury.

"I actually enjoyed the second assessment because it felt like talking to one of the professionals at the hospital," she said.

"He had read through all of my husbands' reports and started the assessment by giving us a summary of what he thought the reports stated. He asked us if we agreed with his summary.

"We were very happy with the way he summarised things. It was reassuring that he had taken the time to read and understand the reports. Everything was clearly explained to us about the assessment process.

"It was clear to me that the person conducting the assessment had a good knowledge of the fluctuating nature of brain injury and how it could impact on everyday life.

"I felt confident throughout the assessment that my husband was being viewed as an individual and his needs were being assessed fairly.

"It would love it if everybody could have the experience we had. It was how it should be."

You can explore the campaign using the links below: