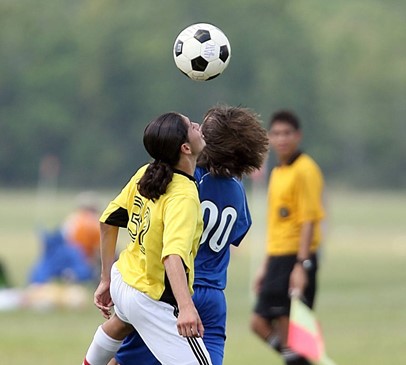 A new study that aims to improve the speed and accuracy of concussion diagnoses has been launched by researchers at The University of Birmingham and University Hospitals Birmingham NHS Foundation Trust.

The study, funded by The Drake Foundation and supported by the Premier League Doctors Group, is running throughout the 2018/19 football season.

It involves saliva and urine samples being collected from injured Premier League players, as well as uninjured “control” players, by club doctors immediately post-match and at further time points over the course of a players’ recovery.

These samples are then being tested in the laboratory at the University of Birmingham using a new ground-breaking test, called the ‘Birmingham Concussion Test’, which has been developed following a decade of research led by academic neurosurgeon Professor Tony Belli.

The study will also look to evaluate the effectiveness of the current Premier League Doctors Group Standard Operating Procedure for diagnosis of concussion. When a team doctor suspects a player has been concussed, the following data will be sought to accelerate and more accurately diagnose any potential concussion:

Peter McCabe, Chief Executive of Headway, said: “The exploration of the use of biomarkers to identify concussion is an exciting area of research that we hope will one day translate into a reliable and immediate sideline diagnostic tool. In the meantime, while this research continues to be developed, the focus must remain on educating sportspeople operating at all levels on the importance of taking an ‘if in doubt, sit it out!’ approach to head injuries in sport.

“It is also pleasing to see the research will investigate the effectiveness of the current Premier League procedures for diagnosis and monitoring of concussion. Hopefully, this will lead to a better understanding of the issues that in turn can be shared with the rest of the football pyramid.”