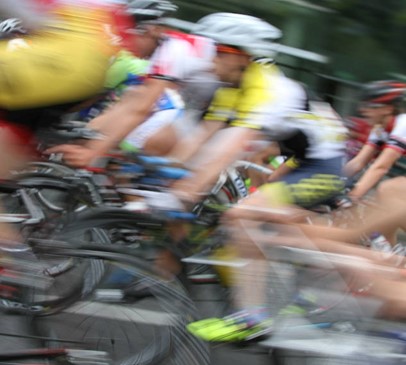 Former professional cyclist Matt Brammeier has hit out at professional cycling and reminded people about the dangers of concussion after fellow cyclist Pieter Weening was allowed to continue riding after hitting his head with force.

Weening fell off his bike when he ran over a water bottle near the end of stage four of the Giro d'Italia, striking his head on the tarmac. According to a BBC report, ‘he was allowed to mount his bike and continue despite looking confused and trying to put his foot on his pedal, which was nowhere near him.’

Matt himself knows about the dangers of concussion after he crashed head-on into a car while travelling at speed during stage six of the Tour of Utah in 2015.

"When I see cyclists have had a knock on the head, I try my best to explain the dangers of concussion and give advice. But most of the time it falls on deaf ears until they start to feel the full effects and it's too late."

Luke Griggs, Deputy Chief Executive of Headway – the brain injury association, said: “The decision to allow Pieter Weening to get back on his bike after hitting his head with such force and clearly being unsteady on his feet raises serious questions as to whether or not concussion protocols were followed.

“The video footage, which shows Weening stumbling and struggling to put his foot back on the pedal, is deeply concerning. Balance and co-ordination are key skills when it comes to cycling, particularly at speed.

“The risks of suffering a second crash, and therefore putting yourself and others in more danger, are obviously far higher when a rider is concussed.

“Only last month we saw a similar and unacceptable incident when cyclist Romain Bardet was encouraged to finish the last leg of the Tour de France after crashing, despite exhibiting symptoms of a concussion.

“This is another shocking example of sport failing to protect those taking part. Cycling is lagging miles behind other sports in the way it deals with concussion. This simply has to change before tragedy strikes.”