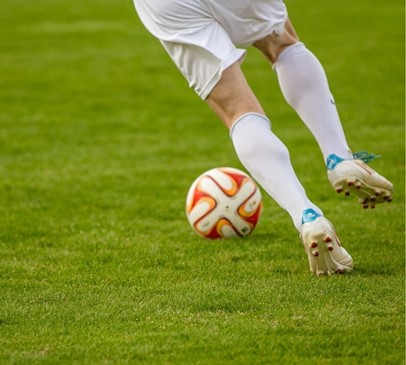 Brain injury charity Headway has praised medics for providing ‘exemplary care’ to Manchester United centre back Eric Bailly after the player suffered a head injury in Sunday’s FA Cup semi-final against Chelsea. However, the charity has also reiterated its urgent call for concussion substitutes to be introduced into football in order to assist medical staff in the assessment of players following head injuries.

Manchester United defender Bailly twice clashed heads during the opening 45 minutes of the game. The first collision was with Chelsea’s Kurt Zouma and the second with teammate Harry Maguire just three and a half minutes later, which led to a lengthy period of treatment on the pitch. The player needed to be helped off the pitch where he received further treatment on the touchline before being stretchered off and taken to hospital.

Peter McCabe, Headway’s Chief Executive, said: “Like others watching the game live, the apparent seriousness of Eric Bailly’s head injury immediately made me think of Ryan Mason who suffered a fractured skull while playing for Hull City against Chelsea in 2017. That case highlighted just how serious head injuries in sport can be. Thankfully, Eric received exemplary care and I’m pleased to hear he has now been released from hospital.

“One of the risks associated with concussion is receiving a second blow to the head before the brain has had time to recover as this can exacerbate the seriousness of the injury.

“There is no way to determine whether or not Eric’s first collision had any bearing on the second head injury.

“However, concussion is notoriously difficult to diagnose and can be delayed in its presentation. If concussion substitutes were an option, the player could have been assessed in an appropriate environment off the pitch for an extended period of time, thus reducing the risk of a second, more serious head injury.

“For some time, we have been campaigning for the introduction of concussion substitutes. FIFA introduced the new rule to allow for five substitutes to be used as the football programme was restarted post-lockdown very quickly. It is therefore hard to understand why a similar change cannot be made regarding concussion substitutes without delay in order to safeguard players’ health.”

Headway calls for football to answer key questions on heading