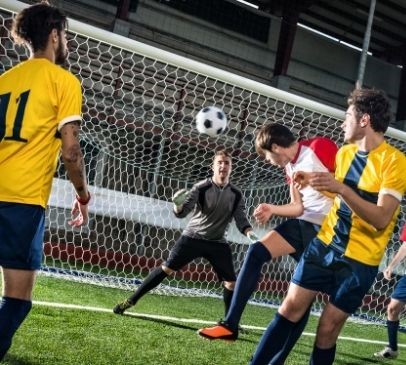 Headway – the brain injury association has welcomed the announcement from the Professional Footballers’ Association (PFA) today that it is to run a consultation looking into the number of former players living with, and dying from, neurodegenerative diseases.

The PFA is looking to speak to as many former players and their families as possible to establish further evidence of the link between heading a ball, brain injury and its potential long-term consequences.

The players’ union believes, following the FIELD study in 2019 that found that ‘the risk of dementia as a cause of death, increased by approximately 3.5 times amongst ex-professional Scottish footballers’, that more must be done to inform discussions around repeated head injury in the game, and that ex-players living with dementia, and their families, must be supported by an industry wide care fund.

Luke Griggs, Deputy Chief Executive of Headway, said: ”We hope current and former players, and their families, will be encouraged to come forward to take part in this consultation.

“It is vital that all those who do opt to share their experiences are fully supported in doing so. Sharing the personal and intimate effects of brain injury or degenerative neurological conditions can require a great deal of courage, as typified by Dawn Astle’s long-running crusade.

“The more people that take part, the better we will understand the scale of this issue. But former players and their families are suffering now. There can be no justification for one of the wealthiest sports on the planet continuing to withhold funds to support those now living with degenerative neurological conditions as a result of playing the game they loved.

“We hope and expect that the governing bodies of football take the conclusions of the consultation seriously and establish the care fund without any further delay.”

You can find out more and take part in the consultation on the PFA website.