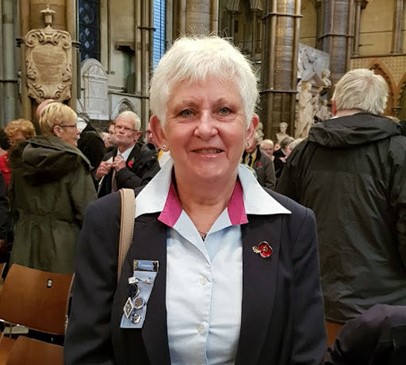 Dedicated volunteer up for national award

A Perthshire mother who has dedicated the past two decades to improving the lives of those living with brain injuries has been nominated for a national award.

Evelyn Menzies, 68, from Dunkeld, Perthshire, will find out if she has won The Stephen McAleese Outstanding Contribution to Headway Award - sponsored by No5 Barristers’ Chambers at a glittering ceremony at the InterContinental Hotel in Mayfair on Friday, 6 December.

Evelyn’s life changed forever when in 1998 she received the phone call all parents dread. Her son Niall was fighting for his life after being involved in car accident while on holiday in South Africa.

Niall was left in a coma for 13 weeks and when he eventually returned home he had to relearn all of life's most basic things – such as walking and talking.

She said: “Niall didn’t even know how to swallow when he came out of his coma so the road back to some form of independent life was very long.

“It was a very dark time and as a family we were all very badly affected. Things were made even worse when we realised that there wasn’t much support from the government.”

Evelyn said things improved when she discovered her local Headway group, a charity that she now volunteer’s at as its Chair.

She said: “Finding Headway was a lifeline for me and my family. We were able to not only get support but also provide advice to other people going through what we did.

“It was a wonderful feeling to realise there were people who understood, who could lend a hand and listen.”

Evelyn has been a volunteer and member at Headway Perth and Kinross for 16 years, working to create new services which help people come to terms with the effects of brain injury.

She has also represented the charity at national events, even speaking about the issue in the Scottish Parliament.

Evelyn said she broke down in tears when she learnt she had been nominated for the award.

She was nominated by Joyce Cattanach, Development Officer at Headway East Lo-thian, who has worked alongside Evelyn on various Headway projects and events across Scotland.

Joyce said: “Evelyn’s passion to support Headway and those affected by brain injury is endless, so I’m delighted that she has been shortlisted.

“Despite caring for her own son and the pressures that brings, she has become a great friend to many of the services users and a great ambassador for Headway in both her local area and nationally.

“She is a star and deserves to be recognized.”