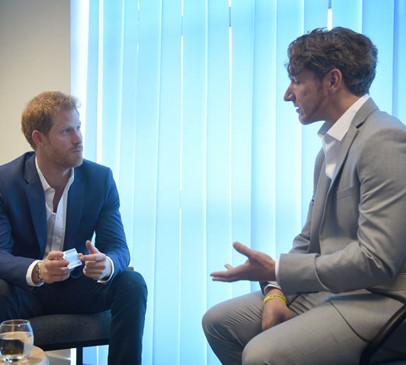 The charity’s Brain Injury Identity Card will help the police identify brain injury survivors and ensure they are given appropriate support when they come into contact with the criminal justice system.

Speaking to brain injury survivors and ID card holders Jamie Gailer and Dominic Hurley at the launch event in Ipswich, Prince Harry said: “This surely is a life-changing moment for people with a traumatic brain injury, whether or not they ever get arrested.

“It can be quite terrifying if you’re by yourself being accused of something you haven’t done. This card is a saving grace for you guys and for the police as well. ”

The card is part of the charity’s Justice Project, which aims to raise awareness of brain injury within the criminal justice system, and ensure survivors are identified at the earliest possible opportunity to ensure they receive appropriate support.

Peter McCabe, Chief Executive of Headway, said: “We are delighted that Prince Harry offered his support to launch this important project. 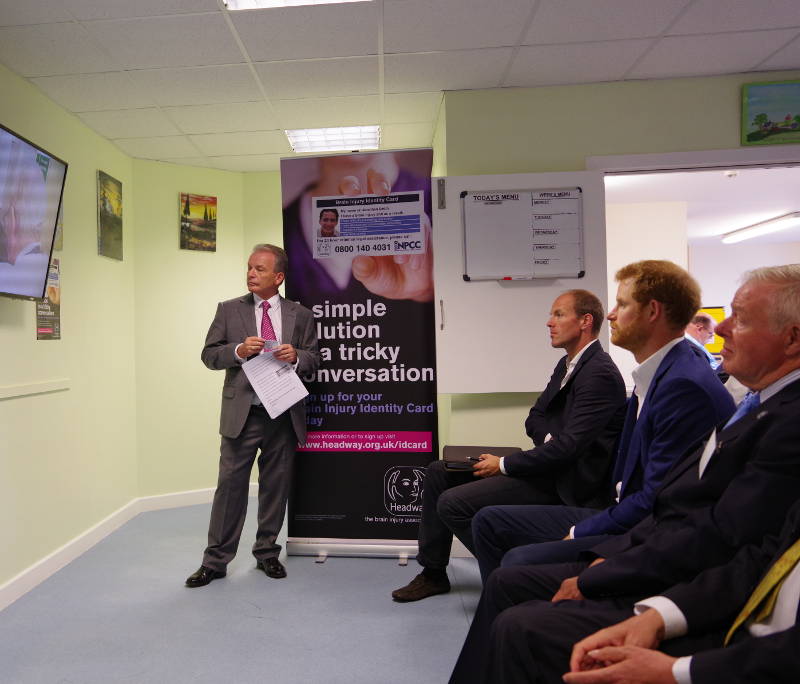 “The hidden effects of brain injury can often lead to misunderstandings and difficulties for survivors.

“Many people are assumed to be drunk as a result of having slurred speech or an unsteady gait, with attempts to explain the effects of their brain injury often being ignored.

“The Headway Brain Injury Identity Card is designed to help the police to identify survivors at the earliest opportunity, ensuring they receive suitable support and are diverted away from the criminal justice system where appropriate.

“The card also has the additional benefit of breaking down social exclusion, with card holders having renewed confidence in the knowledge that they can easily explain their support needs should they require assistance in everyday situations.

“It’s a simple solution to a tricky conversation.” 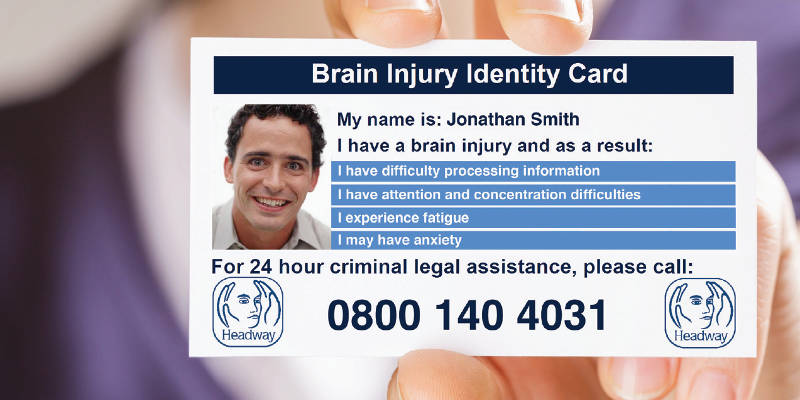 To access a Headway Brain Injury Identity Card, which is personalised to include the individual’s photo and lists some of the effects they commonly experience, applicants are asked to provide clinical verification of their brain injury.

The card is part of the charity’s Justice Project, which aims to raise awareness of brain injury within the criminal justice system, and ensure survivors are identified at the earliest possible opportunity to ensure they receive appropriate support.

“It is vital, however, that vulnerable adults living with the long-term effects of brain injury are identified at the earliest possible opportunity.

“Being a victim of crime or being arrested can be a traumatic time for anyone, but can be particularly traumatic for a survivor of a brain injury.

“They may be confused, afraid and emotional about the situation they find themselves in. They may also experience severe anxiety or anger management issues from being confronted, left alone, being in a noisy environment, or being in a confined space.

“This project not only helps police to quickly identify brain injury survivors, but it also enables people to access specialist legal support from solicitors with expertise and understanding of brain injury.”

“This will not only save valuable and limited resources in many cases, but more importantly will ensure vulnerable adults are treated in an appropriate manner as a result of having their needs identified.”

The launch follows the scheme being successfully piloted at various Headway groups and branches across the UK, with card holders describing the positive impact it was having on their confidence and ability to access support.

‘I can appear drunk’

During his visit, Prince Harry met people who have been directly affected by brain injury and have encountered difficulties with the criminal justice system. 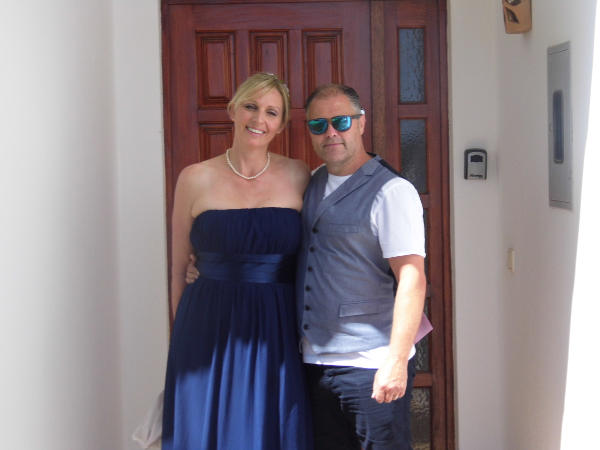 This included Jamie Gailer who suffered a brain injury when he was knocked down by a car in 1994.

For the past two decades, Jamie has lived with the hidden effects of brain injury, often having to cope with his injury being misunderstood or disbelieved.

On 10 April, 2016, Jamie was driving home from the shops in heavy rain and lost control of his car.

He sustained a cut to his head and was found at the scene confused and disorientated. Police mistakenly believed Jamie Gailer was driving under the influence of alcohol and arrested him.

Subsequently Jamie was taken to court where he was found not guilty, while the court instructed that the costs of his defence should be met from the public purse.

Jamie said: “Just because a person may not have big scars or holes in their head, the authorities fail to believe the scale of the injury or impact of that injury.

“In my everyday routine I can communicate well. However when I am faced with stressful situations, I can appear drunk because I have difficulties processing information and answering questions.

“Brain injury needs to be spotted quickly so that the person’s needs can be identified. The cards are a fantastic start to that identification.”

“It also perfectly highlights the importance of this new identify card.

“Had Jamie been carrying a Brain Injury Identity Card this situation may have been avoided, scarce police resources could have been saved, and a vulnerable adult would not have been put through such an ordeal.”

Find out more about the Headway Brain Injury Identity Card, along with additional case studies.

“This will not only save valuable and limited resources in many cases, but more importantly will ensure vulnerable adults are treated in an appropriate manner as a result of having their needs identified.”

Chris Bath, Chief Executive of the National Appropriate Adult Network (NAAN), said: “We are delighted to support this project, which will help to ensure vulnerable adults living with the often hidden effects of brain injury are appropriately supported when they come into contact with the criminal justice system.”

“We look forward to continuing our partnership with Headway, which includes brain injury training for Liaison and Diversion staff.”

Police Federation of England and Wales

Andrew Ward, Deputy General Secretary and Custody lead for the Police Federation of England and Wales, said: “This is an excellent initiative which will particularly help custody officers and other operational police officers to identify those who might have had a brain injury.

“It will enable them to give particular support and assistance to members of the public affected by this type of injury and act as a cue to seek an appropriate adult or further medical advice for those who have been detained. The Federation is proud to support this valuable and important scheme.”

Mr Ward, who also represents the police service on the National Appropriate Adult Network (NAAN), added: “The scheme may also assist some of the thousands of police officers who are injured every year in the line of duty, many of them seriously.”

Please note case studies should not be replicated without the express permission of Headway - the brain injury association.

About the Justice Project

For more information about the Justice Project and the Headway Brain Injury Card visit www.headway.org.uk/idcard.

The launch of the Justice Project is kindly supported by CMC Markets.