It's Great up North! 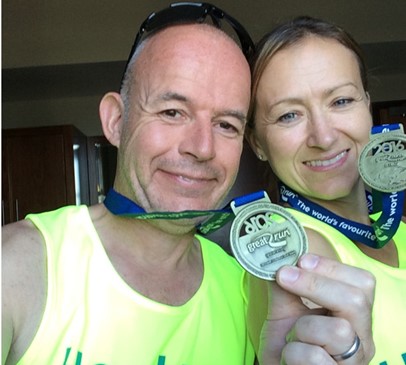 It's Great up North!

Headway supporters were out in force this weekend as the charity's 21 ferocious fundraisers pounded the streets of Newcastle for this year's Great North Run.

On Sunday 11 September, runners came together from all corners of the country to tackle the 13.1-mile route in exhausting 25-degree heat to raise thousands of pounds for Headway.

Team Headway's fastest Great North Runner was Leon Collins, who completed the race with a fantastic time of 01:44:15!

Amongst the fundraisers were brothers Bernie and Peter Bambury, who decided to take on the challenge to mark ten years since their mother, Renate, suffered a devastating brain haemorrhage while living in Germany with her husband Philip.

A former Army Captain, Bernie's half-marathon efforts were even more impressive as the soldier, who served in the 4th Battalion The Rifles, based in Bulford, Wiltshire, defied a leg amputation to complete the event.

Bernie, 41 and from Dorset, thought he had just broken his ankle his leg torn off while completing the famous 80mph Cresta run in St Moritz, Switzerland, in March 2008.

His leg had in fact been severed below the knee and, although microsurgeons in Zurich managed to sew the limb back on, Bernie was told that it would take two years before he could walk again and may never regain full mobility. Instead, the brave soldier asked for his leg to be amputated and was fitted with a false leg. The accident happened around the same time that Bernie mother, Renate, suffered a serious brain haemorrhage while living in Germany with her husband Philip.

"Given the severity of my mother's brain bleed, her level of recovery is extraordinary," Bernie explained.

"Even so, she is fundamentally changed. The intelligent and unruly powerhouse of a woman that brought us up has gone. For those who knew her before, she was, simply put, a beacon of joy! The most loving, caring, and mischievous mother anyone could wish for. She remains as loving and caring today, only less able to express it.

"We have some knowledge of how damaging and hard it is to have your life turned upside down by the effects of brain injury. Be that your Ma, your mates or other members of your family. The more that can be done to help, the better!"

Having already completed the London Marathon in 2010, Bernie and Peter set an ambitious target of £4,000 with hopes that their Great North Run efforts will help other families facing the devastating daily pressures brain injury can put on families.

Hidden effects of brain injury not so obvious

"In some ways it is easier for me," Bernie continued. "When I wander along wearing shorts in public, people can see that I have lost a leg.

"The hidden effects of brain injury are not so obvious. If you were to meet my mother and have a 30-second conversation, you would not know there is anything amiss. Only those closest to her can perceive clearly the issues and complex cognitive challenges she faces on a daily basis.

"As a family, we really could have done with support. By tackling the marathon, it is our goal to raise awareness of the complicated problems brain injury can cause to ensure more families have a solid support network to help and guide them through their most vulnerable times."

Headway heroes Jennifer and Richard Fewtrell, from West Sussex, decided to take on not one two half-marathons to thank Headway for supporting them after Richard suffered a haemorrhagic stroke in 2013. The stroke left Richard with a life-changing brain injury, which ended his career as an airline pilot with British Airways.

Having now completed Great North Run together, the duo hope to total £1,000 for the charity by moving on to tackle the London Royal Parks on 9 October.

"Brain injury caused my husband to lose much that was dear to both of us," said Jennifer.

"This included much of his identity, some of his sight, his driving licence and many of his hobbies. Losing his job as an airline pilot due to cognitive difficulties after brain injury, such as co-ordination, was particularly hard for Richard as it stripped him of his independence and daily routine.

"Reading James and Beverly's experience of navigating life and marriage helped us come to terms with our own  understanding of brain injury. Even things like the fear as a wife of travelling to hospital on your own into the unexpected, not knowing how ill your husband is or how brain injury will affect his character or behaviour.

"After much struggle and improvement following counselling support from Headway West Sussex, a local group of the national charity, life is on the up. As we know, and wish more people would realise, brain injury is ongoing and not something that just goes away like a cold.

"We both completed the Great North Run in 2014, but this year we dearly wanted to run for Headway to reach out and help other families experiencing similar life challenges after brain injury around the country." 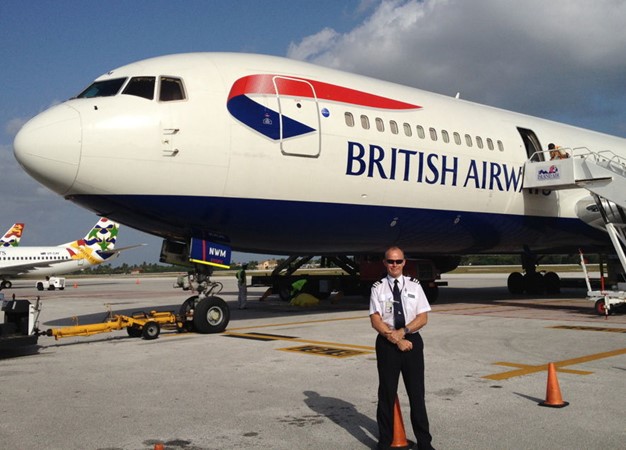 A HUGE thank you to every one of our runners for a wonderful weekend of fundraising!

Sign up to the 2017 Great North Run or browse our range of marathons and fun runs.