Brain injury charity Headway has reacted with anger and disbelief over the latest in a series of high-profile failures to safeguard footballers from concussion.

The charity has demanded UEFA launches an investigation into the circumstances that resulted in Swiss player Fabian Schar being cleared to continue playing in a match against Georgia – just minutes after being knocked unconscious and needing emergency help from a member of the opposition.

Schar’s head collided with the skull of Georgia's Jemal Tabidze as both went for the ball in the 24th minute of the match in Tbilisi. Tabidze’s immediate intervention is reported to have prevented the player from swallowing his tongue.

Both players were then treated on the pitch by their respective medical teams but despite losing consciousness, Schar returned to the pitch minutes later to complete the match. He later said ‘I can’t remember anything...my skull is still humming’.

Peter McCabe, Chief Executive of Headway – the brain injury association, said: “What is it going to take to make football take concussion seriously?

“How many more players will have their careers and, more importantly, their lives and long-term health put at risk by the sport’s inability to follow its own protocols?

“Put simply, the decision to allow Fabian Schar to return to the field of play after suffering a clear concussion was not only incredibly dangerous, but also a clear dereliction of duty.

“The player’s comments after the match are also deeply disturbing and again show the lack of awareness and understanding among players.

“UEFA must immediately launch an investigation into the incident and explain why their protocols were not followed.”

This is the third incident in as many weeks. Earlier this month Olympique Lyonnais goalkeeper Anthony Lopes was allowed to play on for 11 minutes during a Champions League match against Barcelona before having to be removed.

Meanwhile, Arsenal goalkeeper David Ospina had to be given urgent treatment after collapsing on the pitch while playing for Napoli in a Serie A match against Udinese. No other players were near Ospina when he collapsed, a full 35 minutes after he suffered a head injury when he collided with an opposition player. 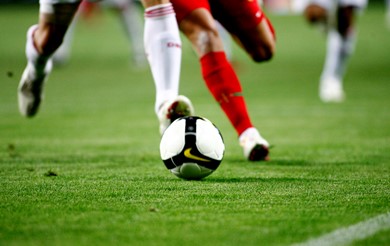