Headway – the brain injury association has expressed anger and disappointment at football’s continued failings to protect its players from concussion.

The charity was speaking after the Arsenal versus Wolves game at the Emirates Stadium on Sunday 29 November that saw a sickening clash of heads between Arsenal defender David Luiz and Wolves striker Raul Jimenez.

Jimenez required oxygen on the pitch before being taken to hospital for further treatment.

The thoughts of everyone at the charity are with Raul and his family as they wait for updates on his condition.

A bloodied Luiz was bandaged before being allowed to return to the field of play – only to be substituted at half-time because, according to Arsenal manager Mikel Arteta, ‘he was really uncomfortable and couldn’t really head the ball…’.

Arteta also stated that Luiz did not lose consciousness, however in only around 10% of concussions is a loss of consciousness a factor.

Luke Griggs, Deputy Chief Executive at Headway, said: “Only last week we strongly criticised the International Football Association Board (IFAB) for its continued procrastination in introducing concussion substitutes into the sport.

“We have repeatedly warned about the risks to players and the importance of elite-level sport setting a good example for impressionable younger players to follow.

“Too often in football, we see players returning to the pitch having undergone a concussion assessment – only to be withdrawn a few minutes later when it is clear that they are not fit to continue.

“That is the very reason why we urgently need temporary concussion substitutes in football. You simply cannot take a risk with head injuries. They are not like muscular injuries where you can put a player back on ‘to see if they can run it off’. One further blow to the head when concussed could have serious consequences.

“The question that has to be asked is had the concussion substitutes rule been in place, would Luiz have been allowed to return to the field of play? Would that extra time in the treatment room have led to a different decision being made?

“The concussion protocol clearly states that ‘…anyone with a suspected concussion must be immediately removed from play’, while the sport continues to promote an ‘if in doubt, sit it out’ approach to head injuries.

“Time and time again we are seeing this rhetoric not being borne out by actions on the pitch. Something is not right. This cannot be allowed to continue.

“How many warnings does football need?”

The call for improved concussion protocols has been joined by a number of professional ex-footballers. Terry Butcher, who has first-hand experience of getting a serious head injury whilst on the pitch, has said there is nothing “macho” about playing with a head injury and that the “brave thing would have been to come off”.

Other high-profile former professionals to add their weight to the campaign include Tony Cascarino, Ryan Mason, Alan Smith, Chris Sutton and the England legend Alan Shearer. 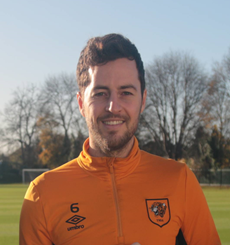 Headway Ambassador Ryan Mason has added his weight to the campaign

Appearing in the studio on Match of the Day 2 on Sunday evening, following the Arsenal versus Wolves game, Shearer said: “We’re talking about life and death here and player’s careers, career ending. It’s just not acceptable.

“It’s been going on for far, far too long. We’re on about trialling the concussion substitutes. What’s to trial about it? Why isn’t it in now?

Speaking alongside him in the studio, former England and Tottenham Hotspur star, Jermaine Jenas, said: “It shouldn’t be a football thing, it should be a sport thing. You know, we are dealing with human beings who are putting themselves in situations like today that can be very scary, you can find yourself in a lot of trouble.

“And for the protocols, the correct protocols, not to be within our sport, within football, when they are in every other sport makes no sense to me. And as Al said, what are waiting for? Are we waiting for something really, really bad to happen? Because it’s already happened on numerous occasions.”

Headway has renewed its criticism of football authorities for continued delays in implementing measures to protect players from the risk of concussion and provide support to former players now living ...