‘Play should have stop... 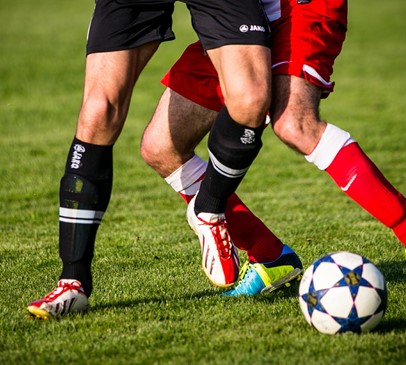 ‘Play should have stopped – and the player removed’

Brain injury charity Headway has emphasised the importance of play being stopped in football matches when a head injury has occurred, following a controversial goal scored in last night’s match between Liverpool and Newcastle United.

Diogo Jota’s goal for Liverpool was given by referee Mike Dean despite Newcastle defender Isaac Hayden laying on the ground holding his head after a collision with teammate.

“Recent high-profile injuries to the likes of Ryan Mason and Raul Jimenez show just how vital it is for head injuries to be taken seriously in sport,” said Peter McCabe, Chief Executive of Headway.

“Without immediate, expert medical intervention, the outcomes in both those situations could have been far more serious.

“Referees will always be under greater pressure in potential goal scoring moments to allow play to continue, but players’ health and safety must be the first and only priority.”

The charity also questioned why the Newcastle defender was allowed to continue after manager Eddie Howe stated he was ‘dazed for four or five minutes’ as a result of the collision.

“Concussion protocols are entirely clear. If a player is suspected of having suffered a concussion, they must be removed from the field of play and not be allowed to return.

“Being ‘dazed’ is a sign that something is not right and that a concussion may have occurred. In such situations, the right thing from a player welfare point of view would have been for Isaac Hayden to be replaced using the concussion substitution rule.

“If the temporary concussion rule that Headway has long been calling for been an option, it would have made it easier for the player to be assessed for a longer period. The fact that he was dazed after the game is of concern.

“Ultimately, we are yet again left saying ‘lessons need to be learned’ when it comes to concussion in football.”

Brain injury charity Headway has reiterated its call for football to introduce temporary concussion substitutes following an incident involving Aston Villa’s John McGinn in a game against Everton at t...