New research has shed light onto the extent to which acquiring a brain injury can change a person’s sense of self.

According to a study conducted by leading UK-wide brain injury charity Headway, around three quarters (74%) of brain injury survivors feel like a new person following their injury.

While for many of the survey’s 800-plus respondents the impact of having to come to terms with losing their old self was entirely negative, many others reported a surprising degree of positivity – with some going as far as acknowledging the anniversary of their injury as ‘a new birthday’.

It is hoped the findings will help to increase understanding of brain injury among the public, as well as health and social care professionals.

“We have always known that brain injury can affect personalities as well as a person’s cognitive and physical abilities,” said Peter McCabe, Chief Executive of Headway. “This study, however, sheds light on just how lives and futures can be altered in an instant as a result of sustaining a brain injury.

“Coming to terms with the fact that you have not only lost the life you once led, but also the person you once were must be unimaginably difficult.

“People often associate brain injury with impacting cognitive or physical skills, such as memory, speech, or movement. However, it can also change personalities and our behaviours, which can have a dramatic impact on our relationships and support networks.

“What is clear from this study is that the experiences of those affected are unique and, while some will understandably struggle to accept the new person they have become, others positively embrace the change by celebrating the anniversary of their injury as a ‘second birthday’.

“This shows that with the right help and support, there can be life after brain injury.”

The report has been issued as part of the charity’s new campaign entitled A New Me, which aims to give a voice to those affected by brain injury in order to highlight the hidden effects of brain injury.

You can download the full report below, and for further information visit www.ANewMe.org.uk. 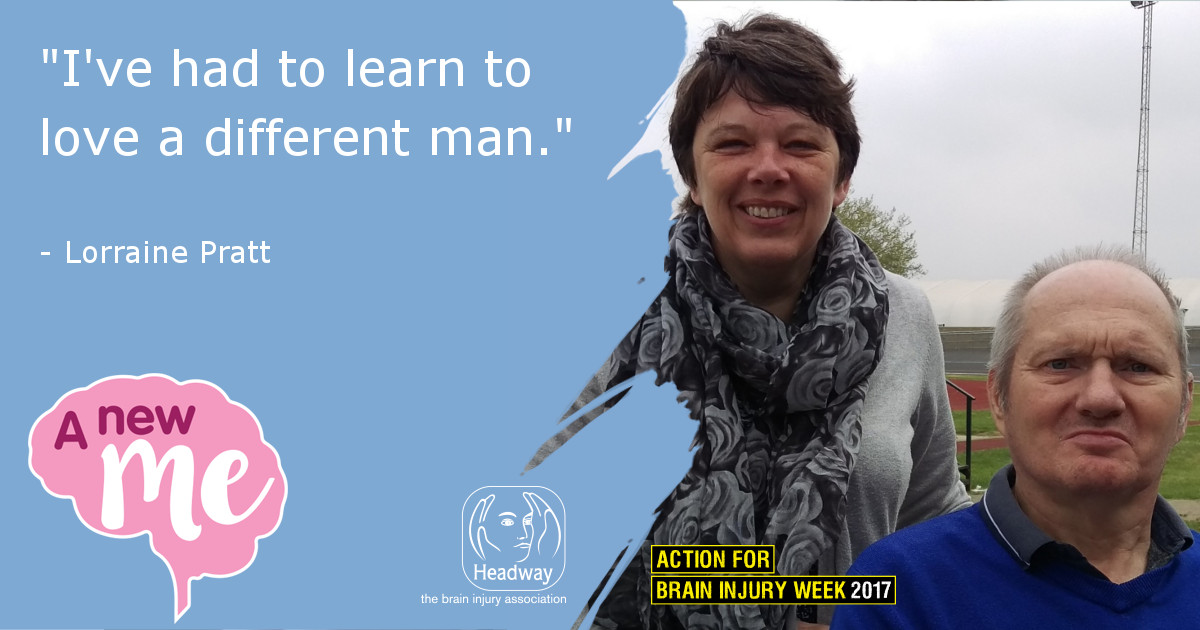 Lorraine Pratt’s life was changed in an instant when she became a carer for her husband Kevin after he contracted the neurological illness encephalitis in 2003.

Before his brain injury, Kevin was a confident, family-oriented sportsman. But after he contracted viral encephalitis (inflammation of the brain) he could no longer walk or talk.

Lorraine said: “I've had to learn to love a different man. There's an awful lot of Kevin still there but there are big chunks missing.

“He knows things aren't the same. But he also knows he's got me, he's got the children, so he knows he's very much loved and supported within the family unit and I think that's important.

“He had terrible depression in the beginning and very dark moods. It's changed him, it's changed me and it's changed us as a family unit. I'm mellower. I've had to be mum, dad, counsellor and stand up for Kevin, having to put myself and my needs to one side.

"It's not easy and it's not necessarily the life I would have chosen but I have Kevin in my life and that's what I want."