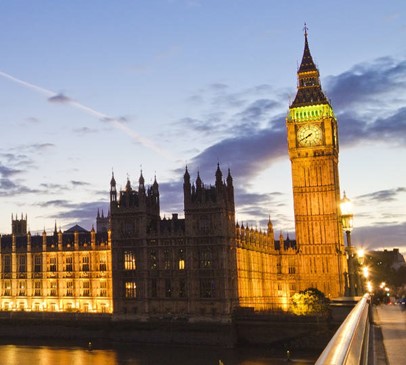 Headway has thanked all the MPs involved in yesterday’s debate in Parliament on acquired brain injury, which was organised ahead of Action for Brain Injury Week (20-26 May 2019).

The debate was called by Chris Bryant MP, who chairs the All-Party Parliamentary Group on Acquired Brain Injury and has championed the cause of brain injury on numerous occasions in Parliament.

MPs from across the UK took part in the debate and showed a depth of knowledge on the wide-ranging causes of brain injury, bringing in issues such as sporting injuries, road safety, carbon monoxide, brain tumour, babies affected through complications during delivery and early illness, as well as stroke and aneurysms.

The work of Headway’s groups and branches across the UK attracted significant praise from members on both sides of the House.

Dewsbury MP Paula Sherriff said: “I recently visited the Second Chance Headway Centre in Wakefield, which supports people with brain injuries. I was struck by the spectrum of conditions that the centre deals with and by the dedication of its wonderful staff and volunteers. I encourage all Members to visit a Headway centre in their constituency, and I want to make the House aware that it operates a free helpline, which is driven by nurses, that people can call for advice.”

Chris Bryant, who is the MP for Rhondda, added: “I know that many Members in the Chamber today and others, including Ministers who are unable to participate in the debate due to their ministerial responsibilities, have also visited Headway groups in their constituencies. I have been to the group in Cardiff, which does a magnificent job.”

Former Trustee of Headway Ayrshire Bill Grant, MP for Ayr, Carrick and Cumnock, said: “When someone puts their hand out for help, someone has to grasp it, and in many ways Headway does that, providing advice and support to the person, their family and their carers.

“Having previously sat on that charity’s local board, I have seen for myself how it is able to benefit my constituents and many throughout the UK in other branches of Headway. I thank Headway – its staff, volunteers and those who raise money for it – and welcome the contribution and support it gives individuals.”

The debate included discussion about the need for more consistent availability of specialist neurorehabilitation across the UK. In addition, Mitcham and Morden MP Siobhain McDonagh highlighted the post-acute, community based support and rehabilitation provided by Headway groups and branches.

Siobhain’s speech was also featured during a report on the debate on Radio 4.

Siobhain said: “Whether through rehabilitative therapies to improve speech and language skills or facilitate a return to work or education, or social interaction to prevent isolation, the work being done in our local communities by these groups and branches can be a lifeline to families affected by brain injury, helping people to rebuild their lives and become less dependent on costly state support.

“However, Headway cannot do this alone. Local charities are under incredible pressure. Funding cuts are causing harm to the lives of some of society’s most vulnerable people, ​who are being cut out of society due to a lack of access to vital support services. For many people, Headway provides a route back to independent living, further education or employment.

“The reality is that, aside from Headway, most people—particularly those who cannot afford private healthcare—will receive insufficient support or rehabilitation after leaving hospital. Unless action is taken to enable people to access the vital support needed to ensure that these services survive, more and more people will be cut out of society and taxpayers will be left footing the bill for the longer-term care of those without the means to care for themselves.”

Some of the MPs attending had been contacted by their local Headway.

Dr Julian Lewis, MP for New Forest East, said: “May I add briefly to that catalogue of virtues that Headway has been reaching out to parliamentarians like ourselves? The reason I am here for this debate is that Jo Hillier of Southampton Headway got in touch with me and asked me to be here. That is why I am learning so much more about this condition than I would otherwise have had the possibility of knowing.”

Headway’s Public Affairs Manager Dr Clare Mills said: “The work that Chris Bryant and his colleagues on the APPG have been doing of late is hugely welcomed.

“We are delighted to see MPs from all parts of the UK and many different parties take part in this debate, particularly with so many recognising the excellent work being done by their local Headway groups and branches.

“We’re also pleased that Siobhain McDonagh was able to raise the important issue of the need to ensure local Headway charities are able to continue to support people in their own communities.”

Headway has recently completed the first stage of a project mapping the commissioning of rehabilitation services by CCGs, with a full report due in the autumn.