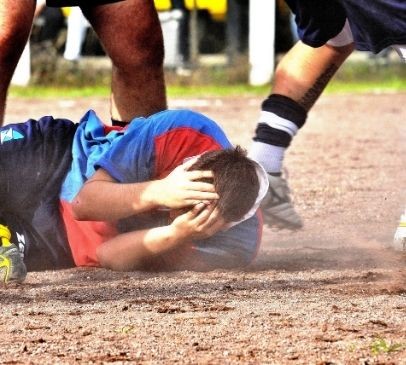 A new study has successfully found a way of detecting concussion using saliva from rugby players.

The study, named SCRUM (Study of Concussion in Rugby Union through MicroRNAs), was led by researchers at the University of Birmingham and done in collaboration with the Rugby Football Union, Premiership Rugby and Marker Diagnostics. The researchers found that specific biomarkers in saliva can be used to detect sport-related concussion, as well as how the body reacts after a head injury has been sustained.

It is the first time that saliva has been successfully used to identify concussion.

“This research has brought us one step closer to a simple, non-invasive, objective test for concussion that grassroots and professional sports can use to improve safety. This will hopefully reduce the number of concussions that are missed due to lack of technology, facilities or skillset to evaluate players, which is a huge problem in community sports.”

While the breakthrough brings scientists a step closer towards rapid concussion detection, further research is currently being conducted to investigate the test’s use and application.

The results of the study were published in British Journal of Sports Medicine and are available at https://bjsm.bmj.com/content/early/2021/02/09/bjsports-2020-103274.

MPs have heard compelling and moving evidence from Headway ambassadors Eleanor Furneaux and Monica Petrosino on the issue of concussion in sport as part of an inquiry run by the Digital, Communication...

New research has found that sustaining a head injury (with a loss of consciousness) before the age of 50 affects a range of thinking skills in older age.